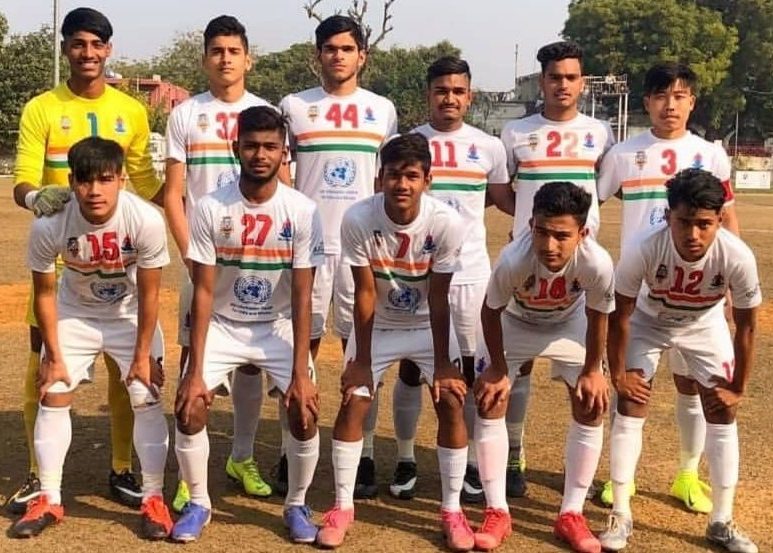 Sudeva FC have won the bid to play in the I-League: Pic: @AIFF

New Delhi: Sudeva FC were given a direct corporate club entry to play in the 2020-21 I-League on Wednesday.

The All India Football Federation (AIFF) had invited bids for a corporate club entry into the I-League and Delhi-based Sudeva FC were given the nod for the upcoming season after a close scrutiny of their bid papers and finances.

Visakhapatnam-based Sreenidhi FC were granted permission to play in the I-League from the 2021-22 season. Sreenidhi, Sudeva and Shillong’s Ryntih SC were in fray to get automatic entry this season.

Sudeva is the first and only club which will be playing in the I-League. They, along with the winners of the I-League second division qualifiers to be held in Kolkata soon, will be the two new teams in the I-league in the 2020-21 season.

A total of 11 teams participated in the I-League last season. But with defending champions Mohun Bagan migrating to play in the top-tier Indian Super League (ISL) this season through a merger with ATK, a spot opened up, which was given to Sudeva.

The merged outfit, named ATK Mohun Bagan, will play in the ISL this season.

“It is indeed a red letter day in the history of football in Delhi that a grand old club from Delhi will be part of I-League. The significance of this one decision by AIFF is going to be immense in changing the face of football in the Capital City,” Football Delhi president Shaji Prabhakaran said.

“We will work closely with Sudeva FC and extend all possible support to make the club successful in its journey. Our best wishes to Sudeva FC.”

Sudeva, earlier known as Moonlight FC, has been part of Delhi football structure since 1960s and have won Delhi league titles several times.

They changed their name to Sudeva in 2016 after being takenover by entrepreneurs Anuj Gupta and Vijay Hakari.

COVID-19: Barcelona footballer not in Champions League team has coronavirus