Delhi cruise past Royals, jump to second spot in IPL 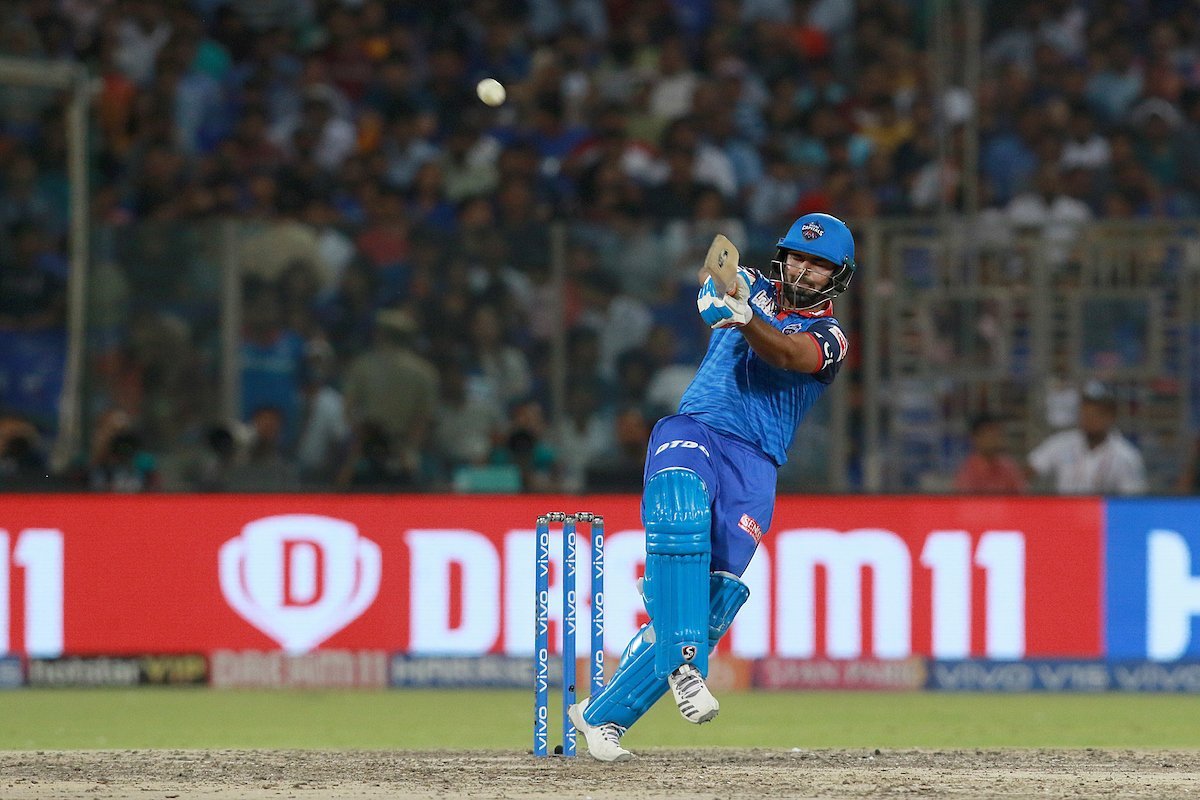 Risabh Pant was impressive with the bat for Delhi Capitals. Photo: Twitter

New Delhi: Delhi Capitals (DC) ended their group stage campaign in the 12th edition of the Indian Premier League (IPL) with a five-wicket win over Rajasthan Royals (RR) at the Feroz Shah Kotla on Saturday.

The win ensured that they finish with 18 points from 14 games with 9 wins. Unless Mumbai Indians win their last game against Kolkata Knight Riders on Sunday, Delhi will finish in the top-two on the points table.

It was only poetic justice that Rishabh Pant (53*; 38b, 4×2, 6×5) finished the game with a six for DC after being pulled up for throwing away his wicket towards the end of a few games this season.

With figures of 3/26, Ish Sodhi was the pick of the bowlers for RR.

Chasing 116 for victory, it wasn’t a walk in the park for the DC batsmen as the Rajasthan bowlers stuck to the task of picking up wickets at regular intervals.

It started with Sodhi dismissing Shikhar Dhawan (16) and Prithvi Shaw (8) off successive deliveries in the fourth over.

.@DelhiCapitals give their 🔵 home support at the #QilaKotla a happy send off 🙌

Skipper Shreyas Iyer and Pant then tried to strike a partnership, but just when it looked like they would take DC home, Shreyas Gopal sent back Iyer (15) to break the 33-run stand with the scoreboard reading 61/3 in the 8th over.

Coling Ingram too failed to provide the required support to Pant as Sodhi had him caught by Ajinkya Rahane for a 23-ball 12. It was quite a struggle for the South Africa batsman as RR spinners spun a web around him on a low and slow Kotla wicket.

But Pant kept his calm and ensured that he held one end up as Delhi reached the target with 23 balls to spare.

Earlier, it was Delhi Capitals all the way at the Feroz Shah Kotla after Rajasthan Royals won the toss and decided to bat first.

Needing a victory to keep their chances of cementing a top-two finish alive, the Delhi bowlers did their job to the core as they restricted RR to 115/9 in their 20 overs.