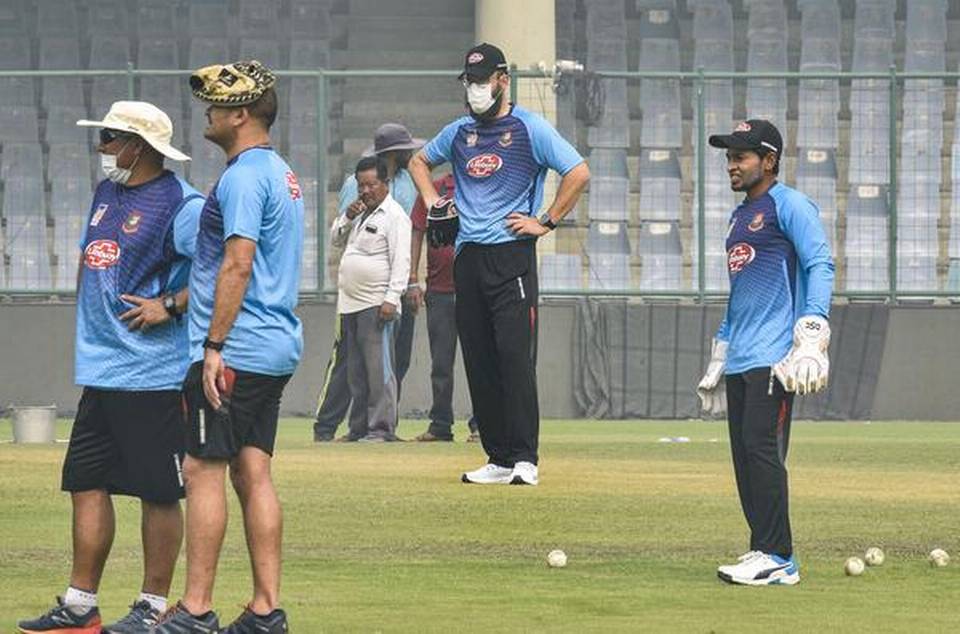 New Delhi: The prevailing smoggy conditions in the national capital are not perfect admitted Bangladesh coach Russell Domingo but said “no one is dying” as pollution is an issue in their country as well.

Domingo said getting exposed to poor air quality air in India was not as big a shock for them as it is for some other countries.

“We know the Sri Lankans struggled last time and look there’s a bit of pollution in Bangladesh as well, so it’s a not a massive shock unlike some other countries. The players have just got on with the game and haven’t complained too much about it,” Domingo told reporters.

As the situation got better, the players removed their masks, except Vettori and other non-Bangladeshi support staff.

“It’s only three hours so it’s going to be easy. There maybe scratchy eyes, sore throat but that’s ok. No one is dying,” Domingo added.

The pollution levels in the Delhi-NCR region entered the “severe plus” category” on Friday, propelling the Environment Pollution (Prevention and Control) Authority to declare a public health emergency.

The Supreme Court-mandated panel also banned the bursting of crackers during the winter season apart from banning the construction activity till November 5.

On Thursday, Bangladesh batsman Liton Das briefly wore the mask during practice sessions but later said it was due to a personal health issue and not because of pollution.

Domingo admitted that the situation is not ideal and it’s the same for both teams.

“There’s no breeze but obviously not perfect weather with the smog. But it same for both teams. Not perfect, not ideal but you can’t complain about and get on with the game,” the coach said.

When India’s batting coach Vikram Rathour’s response was sought on prevailing conditions, he said,”You are asking the wrong person. I have played all my cricket in North India (Punjab and Himachal Pradesh). Basically nothing special. There is pollution but a game has been scheduled and we have to play.”

BCCI president Sourav Ganguly made it clear on Thursday that match will not be cancelled at the last minute but promised practical scheduling in future, hinting that North India venues may not considered for matches post Diwali.

India captain Rohit shakes off knock, to play in 1st T20 vs Bangladesh