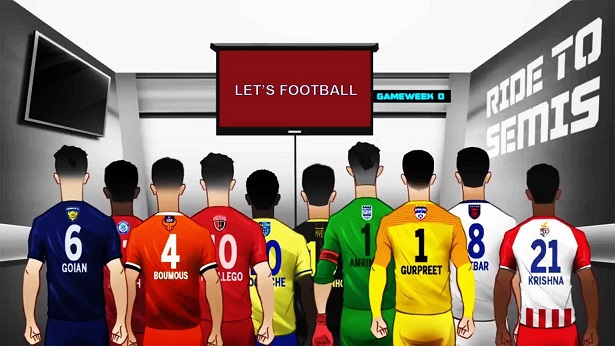 New Delhi: The top boss of the country’s top-most soccer league has been quoted on February 28 saying the time was yet not ripe to increase the number of teams in the league.

“We are rapidly growing with 10 teams. Our TV viewership has grown by almost 40 per cent, viewership on digital has grown by 80 per cent. We are a six-year old league so we don’t want to grow too quickly so that it becomes difficult to manage everything,” the boss said.

Absolutely fine. A private tournament has its own rules and regulations. It doesn’t need to go through any league committee meeting to reach a decision. Be it about expanding or restricting number of teams.

At the same time, it brings back memories of a report submitted by a couple of FIFA, AFC officials on February 17, 2018. It dealt with possible roadmap of Indian domestic football.

The two signatories at the end of the report were Alex Phillips, Head of Asia Europe Affairs, AFC and Nic Coward, Professional Football Consultant, FIFA.

The report was never implemented, but had some interesting recommendations. It talked about launch of a new unified system in 2019-20 season.

Well, no point wasting words on the report. It has already been discarded. There were allegations the report stepped on too many toes. However, the All India Football Federation (AIFF) clarified it was not the case.

On July 27, 2019, a senior AIFF official explained the recommendations could not be accepted as there was an “unbridgeable” gap between “recommendations and ground reality”.

The report was kept in store for a long time before it was leaked out. Unofficially, of course.

Instead, a new roadmap was brought in, on October 14, 2019 in Kuala Lumpur. All clubs, it was announced, had accepted it. It recommended “to open a pathway” for entry of two more clubs in the top tier “subject to the criteria being fulfilled”.

“Every point of this package – and it is a package – has been thought-out extremely carefully and it is aimed at providing the best chance to develop Indian club football. We have informed AIFF that 10-12 teams are not enough for the top league – it must be bigger,” Asian Football Confederation (AFC) general secretary Dato Windsor John was quoted this way in an official press release.

So far, one club from the second tier (or parallel league?) is set to rub shoulders with more equals. Not on their own, though. By merging themselves with one from the top tier.

As per the roadmap recommendation, there is slot for one more. But, after all, it was only a “recommendation”.

Generally, how many clubs get a chance to play in top tiers of well-known national leagues across the world? Should we start with Europe, since it is always considered the benchmark? It is 20 in English Premier League, 20 in Serie A, 20 in La Liga, 18 in Eredivisie (Dutch League), 18 in Bundesliga (German League), 20 in France Ligue 1.

One can go on adding to the list. But then, it would be an unfair comparison. These are world’s top competitions. Can’t be equated with Indian soccer scenario. No way.

It is better to have a look at the Asian circuit. That would a practical idea. Liga 1 in Indonesia has 18 teams, Saudi Professional League has 16, Bangladesh Premier League has 13, Sri Lanka Champions League 13.

And surprise, surprise, most of these league follow the pattern of traditional promotion-relegation system.