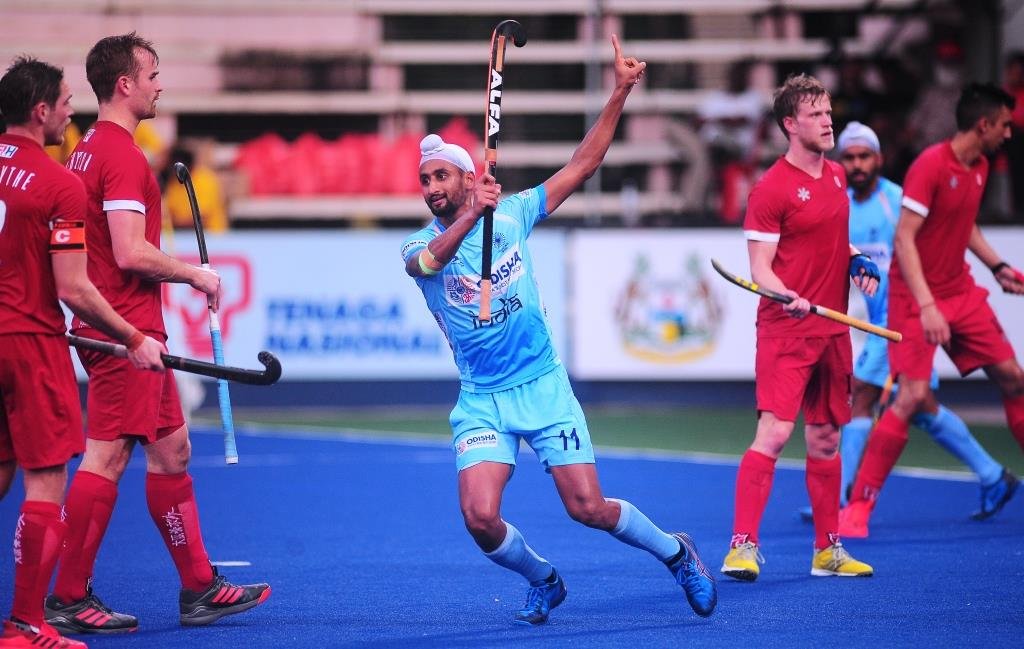 Mandeep Singh in action against Canada in the Sultan Azlan Shah Cup in Malaysia.

Ipoh (Malaysia): After securing their berth in the Final match of the 28th Sultan Azlan Shah Cup 2019 with one match remaining in the Pool Stages, the Indian Men’s Hockey team on Thursday prepared themselves to face World No. 21 Poland in their last Pool encounter of the tournament which takes place on Friday, 29th March 2019 here at the Sultan Azlan Shah Stadium. Forward Mandeep Singh, who has been in prime form throughout the tournament, believes that the team is looking forward to putting their best step forward in the remaining two matches to win the Sultan Azlan Shah trophy for the first time since 2010.

“We do know that we have already qualified for the Final but it does not mean we are going to take it lightly against Poland. We are determined to keep performing to the best of our abilities, and to win our remaining two matches based on good performances,” said Mandeep.

The 24-year-old Forward spoke about the prospects of playing Korea in the Final match after the two teams drew their Pool match 1-1. He said, “We know that Korea is a strong side, but we are doing everything to minimize any errors in our game. It is going to be our first Final of 2019, and we are all very well prepared to face them in the Final. We have learned a lot about them from our 1-1 draw in the Pool stages, and I feel that tomorrow’s match against Poland will also give us a chance to prepare well for the Final.” 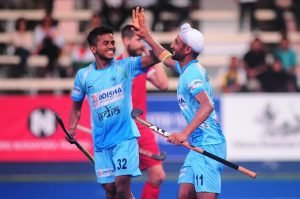 Speaking about the areas on which his team has focused, Mandeep said, “We have had a good tournament so far as we have 10 points from our four matches, but of course we would have liked to get all the 12 points on the board. We have tried to improve as a unit, and being a part of the forward-line, I feel we have focused on making more circle penetrations, getting more shots on target, and regaining possession quickly. If we can execute all these things perfectly in the next two matches, I am sure we can finish with the Gold Medal.”

The young Forward has scored a total of five goals in four matches, including a hat-trick against Canada on Wednesday. However, Mandeep believes that the credit goes to his teammates for creating the opportunities for him. “I think the job of a striker is the easiest when you are in good form, and right now I feel like I am playing well. The credit for my goals obviously goes to my teammates who create the opportunities and space for me to do my bit. My focus during the matches when we are attacking is always on positioning myself correctly so that whenever there is a chance, I can make the most of it by converting it into a goal for my team,” said Singh.

BCCI ombudsman Jain to serve as its ethics officer