Dhawan has really led the way for DC this year: Stoinis 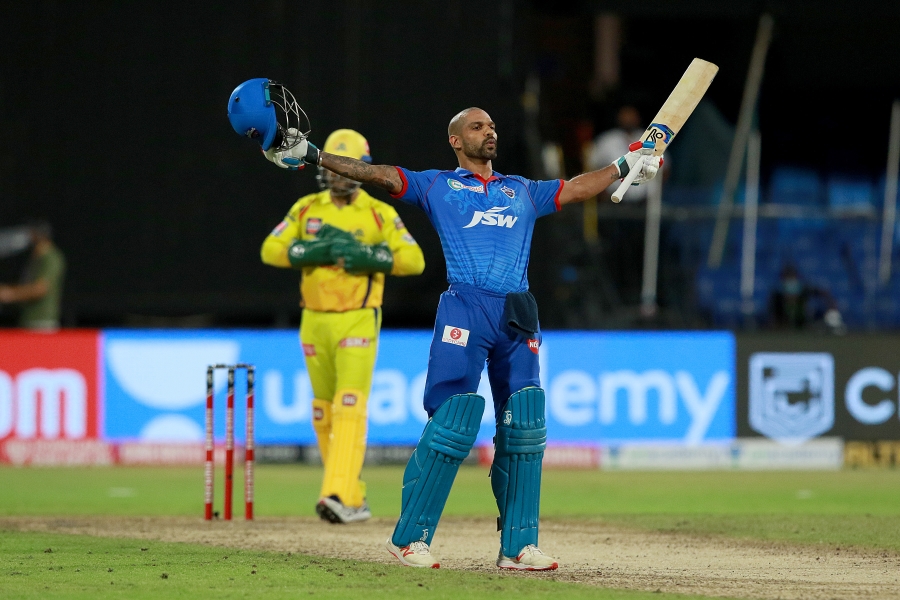 New Delhi: He might not be the captain but Shikhar Dhawan’s influence as a performer and “leader” within the Delhi Capitals group cannot be overlooked, said Australian all-rounder Marcus Stoinis, who has also played his part in the team’s journey to the IPL final. Dhawan, with 603 runs, and Stoinis, with 352 runs and 12 wickets, have been the two best performers for Capitals. They played a big role in the side’s 17-run victory in Qualifier-2 against Sunrisers Hyderabad on Sunday.

“Shikhar’s been unbelievable and made some big hundreds. Even in the matches he has missed out, he has timed the ball well. He has really led the way for us this year,” Stoinis said at the post-match press conference. Stoinis himself has been a beneficiary of Dhawan’s immense knowledge of adapting to various situations.

“He (Dhawan) is a leader within the team. He brings in a lot of energy and shares a lot of knowledge. He has really been good to me throughout this campaign. I am really proud of him. “He has made 600-plus runs this year. Hopefully, he has one big knock in the final left in him,” said Stoinis, who scored an attacking 38 while opening the innings for the first time on Sunday.

Stoinis has earlier opened in the Big Bash League but in the IPL, this was his first attempt after Prithvi Shaw’s repeated failure to get to double digits. “Ricky (Ponting) had spoken to me a couple of times about the possibilities of opening the batting. It just worked out and we thought this was the game to do it. In one of the games, I batted at No.3 and it didn’t come off as we were chasing 220,” he recalled.

He also had a field day with the ball as he removed Manish Pandey and the dangerous Kane Williamson at the right time in his spell of 3 for 26 in four overs. “Bowling in this format is always hard and it’s more about planning and having a good idea before you get to the ground.”

For Stoinis, the basic idea of T20 bowling, more than taking wickets, is containment. “Just be clear that in T20, you are not always trying to take wickets but control the run-rate and controlling the game builds some pressure.”

Asked about the big final against Mumbai Indians, Stoinis stressed that there won’t be too much tinkering with the gameplan as such. “Preparations will be the same as usual. When big games are coming up, more important to stick to your usual strategies and routines, MI are a great team and they have been consistent all season, beaten us thrice.

“We will just bring out our best game of cricket and play our best. I reckon that will be good enough,” Stoinis said.