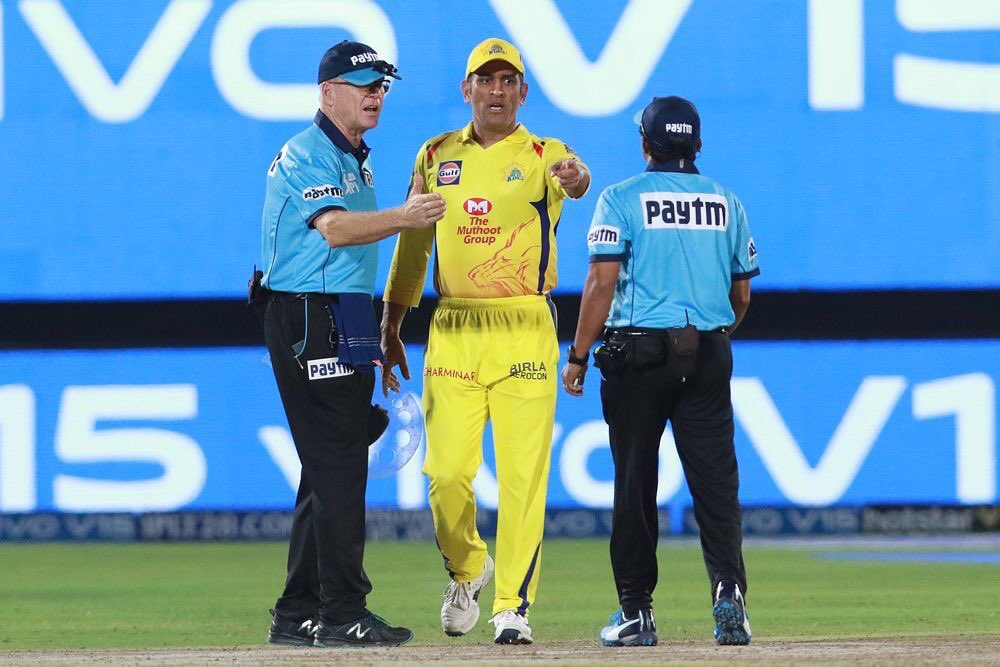 MS Dhoni was fined 50% of his match fee for his outburst against umpires. Photo: Twitter

New Delhi: Former India batsman Virender Sehwag has said Mahendra Singh Dhoni should have been banned for at least two or three games for his outburst on umpires during a no-ball row.

On Thursday, during an Indian Premier League (IPL) game between Rajasthan Royals and Chennai Super Kings, Dhoni walked into the field and protested against the umpire’s decision against a no-ball when his team was 18 runs away from victory in the last over.

Stokes, who was bowling the final over, delivered a full toss to Mitchell Santner which was declared a no-ball by umpire Ulhas Gandhe before being overruled by his colleague and square-leg umpire Bruce Oxenford following which Dhoni walked in and lost his cool.

WATCH: What happened there?

“I feel he shouldn’t have come to the ground when there are two CSK members already and they were equally inquisitive regarding the no-ball.

“So I feel Dhoni was let off easy and should have been banned for at least 2-3 games. Because if he did this, tomorrow another captain can do the same. Then what is the value of an umpire?” he added.

“I feel he should have been banned for a few games by IPL to set an example. He should have stayed outside and instead have talked to the fourth umpire with the walkie talkie.”

After the match, which Chennai won by four wickets, Dhoni was find 50% of his match fee.