Dhoni may be persuaded by PM Modi to play for India till 2021 T20 World Cup, says Akhtar 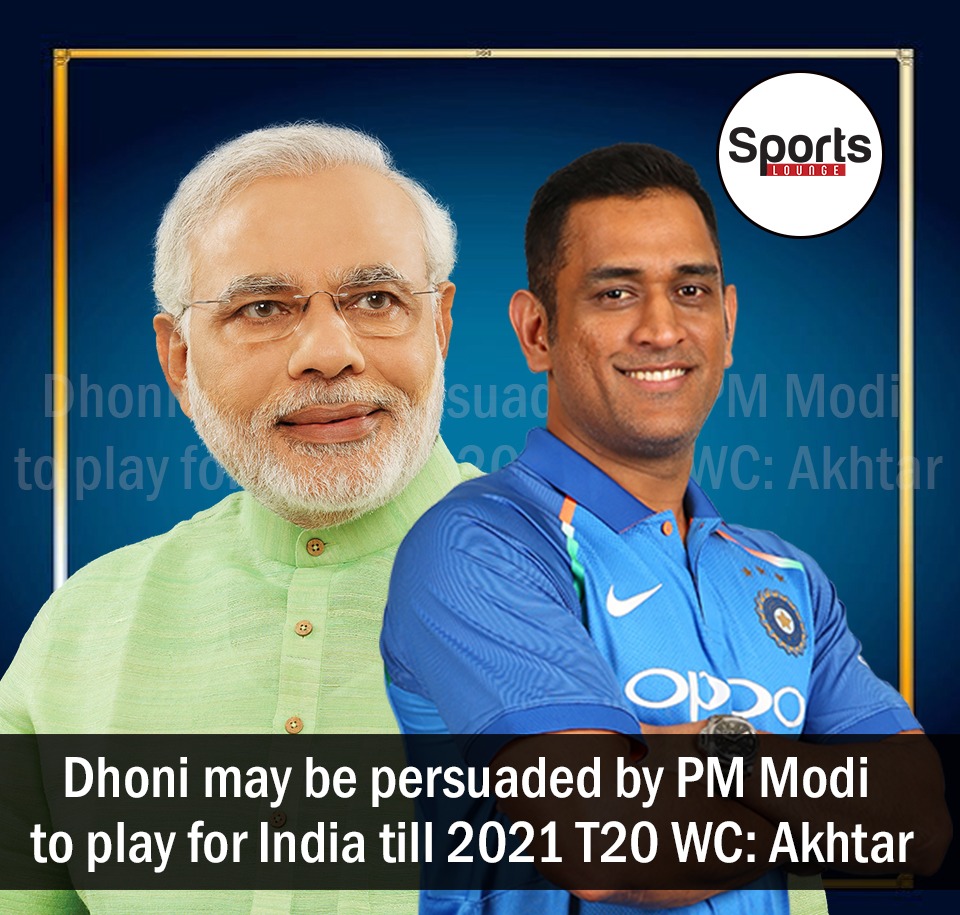 Lahore: Former Pakistan speedster Shoaib Akhtar believes Prime Minister Narendra Modi might request MS Dhoni to come out of retirement and play in the T20 World Cup slated to be held in India next year.

Dhoni, on August 15, announced his retirement from international cricket, thus brining an end to an illustrious career spanning 16 years.

“I think he (Dhoni) could have gone on to play the T20 World Cup. The way India supports its stars, the way they love them, and recognises them, they would have played him in T20s. But it was his personal choice,” Akhtar said in an interview with YouTube channel ‘BolWasim’.

“But again he has won everything, a person from Ranchi has rocked the whole of India, what else do you need. At the end of the day, the world should remember you. And a nation like India, they will never let you get forgotten.”

Dhoni, who made his ODI debut in 2004, changed the face of Indian cricket with his calm demeanour, sharp understanding of the game and astute leadership qualities. He remains the only captain in the world to have won all three ICC Trophies – ICC World Cup, T20 World Cup and Champions Trophy.

Akhtar said that the 39-year-old might make a comeback to international cricket on the request of Prime Minister Modi.

“You never know, the Prime Minister may call him and request him to play the T20 World Cup. It is very much possible. Imran Khan was asked by General Zia-ul-Haq not to leave cricket after 1987, and he played,” he said.

“You cannot say no to the Prime Minister.

“I think Prime Minister of India should request him to lead India in the 2021 T20 World Cup,” he added.

“India will be geared up to give him a farewell game, trust me. If he doesn’t want it, it is a different thing, but India will be ready,” the 45-year-old added.

Dhoni turned up for India in 350 ODIs, 90 Tests and 98 T20Is, affecting a staggering number of 829 dismissals behind the stumps.