Dhoni rides bike with daughter Ziva at home during lockdown 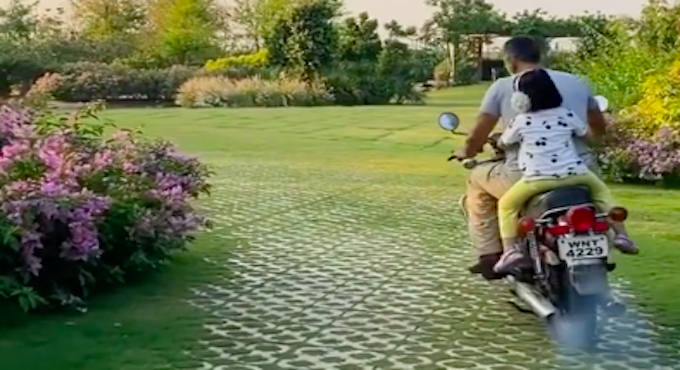 New Delhi: MS Dhoni has kept a low profile during the COVID-19 lockdown and can only be seen through his wife Sakshi’s social media posts.

One such Instagram video shared by Sakshi brought to the fore Dhoni’s daddy duties. The 38-year old was seen riding his bike with daughter Ziva in his lawn.

Clad in casual attire, the decorated wicketkeeper-batsman who led India to two World Cup titles (2007 T20 World Cup and 2011 50-over World Cup), was seen in a relaxed mood.

Recently chinaman bowler Kuldeep Yadav heaped praise on Dhoni and stated he has helped him become a better bowler at the international level.

Kuldeep went on to the extent of saying that because of Dhoni, he didn’t miss his childhood coach too much because they believe in similar philosophy as far as spin bowling is concerned.

Dhoni has been on a sabbatical after India’s 2019 World Cup semi-final exit.

‘Even today it baffles me’: Ajmal adamant he dismissed Tendulkar in 2011 World Cup semis