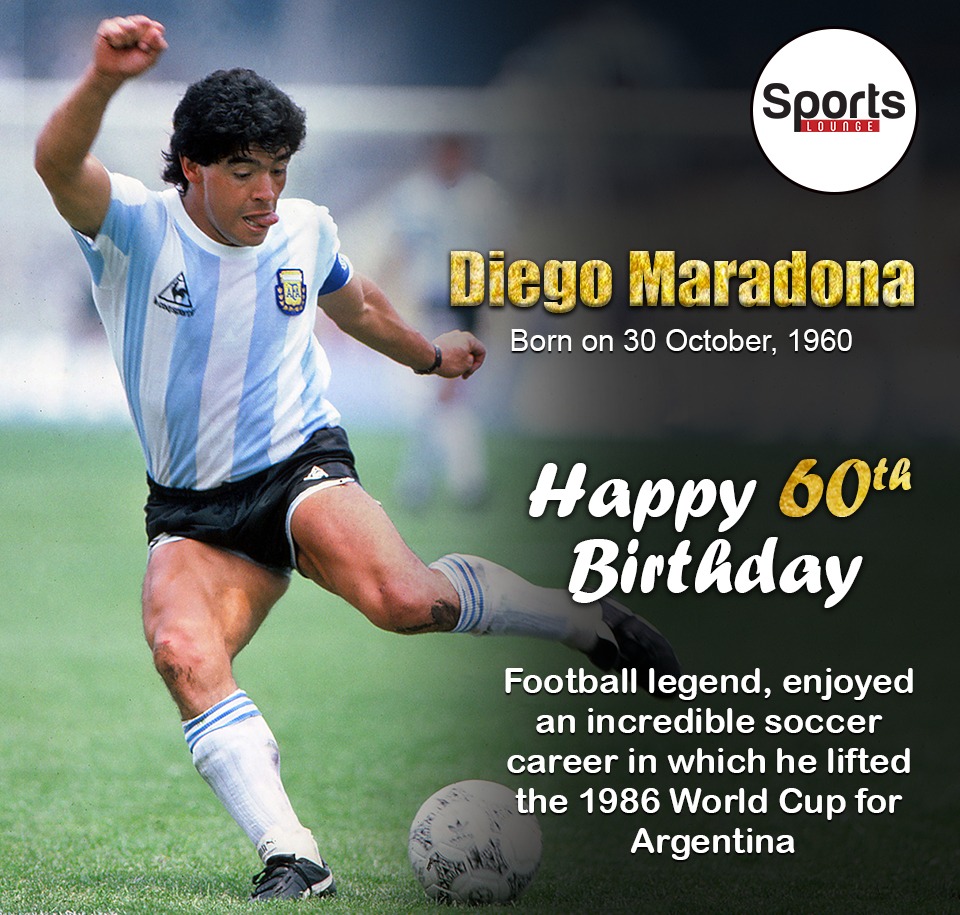 Buenos Aires: Diego Maradona heaped praise on Lionel Messi and Cristiano Ronaldo and has revealed he knows how to mark his 60th birthday on Friday.

“Messi and Ronaldo are a cut above the other players at the moment,” the Argentine legend told France Football.

“Not one is able to do half of what they can.”

When asked what he wanted for his birthday, Maradona joked: “I dream of being able to score another goal against the English, with the right hand this time.”

It was a reference to his “Hand of God” goal against England in the 1986 World Cup quarterfinals, with Argentina going on to take the title.

He also suggested his greatest pride was “to have made people happy through football.”

“I feel that I’ve given pleasure and amusement to those who watched me in the stadiums or on television,” he said.

Maradona is self-isolating at his home in Buenos Aires after one the members of his security team showed symptoms of coronavirus, the country’s state-run news agency Telam reported.

Maradona, who led Argentina to World Cup glory in 1986, began isolating at his home in Argentina on Tuesday after coming in contact with the bodyguard on the weekend.

Maradona is not displaying symptoms as yet and the person with symptoms was not identified.

Earlier this month, Maradona had tested negative for COVID-19 after coming in contact with one of his players who had contracted the virus.