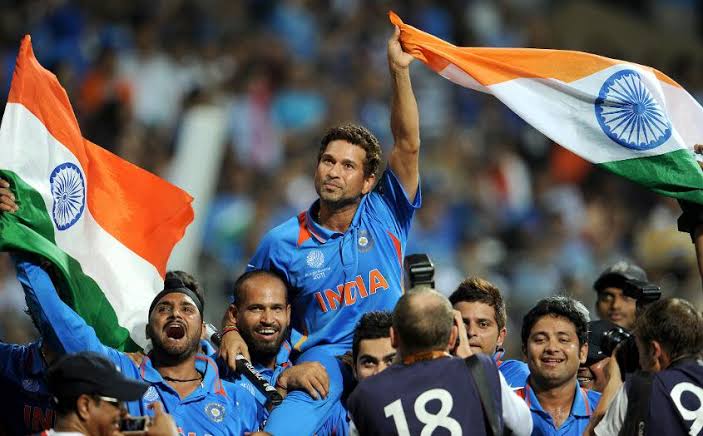 Mumbai: The standoff between the International Cricket Council (ICC) and the Board of Control for Cricket in India (BCCI) over the issue of tax exemptions for the 2021 T20 World Cup and 2023 ODI World Cup could escalate in the future.

The ICC is threatening to move the events to another country in a similar time zone if it does not get the Rs 150 cr tax waiver for these events and also cut India’s share of its annual revenue as compensation for tax deducted over the 2016 T20 World Cup.

Some officials of the BCCI however are daring the ICC to take the events away, smug in the confidence that it will dare not look a gift horse in the mouth. Behind the verbal fisticuffs, both sides are reportedly trying to get the Finance Ministry to climb down or get other stakeholders to foot the tax bill.

The ICC has enjoyed full tax exemption for its earlier events in India like the 1987, 1996 and 2011 World Cups (the last two jointly hosted) and 2006 Champions Trophy. So why a different ball game for the 2016 event (for which tax was deducted) and future endeavours?

The FIFA U-17 World Cup 2017 also enjoyed a free ride, being exempted from GST and import duty on a wide range of goods. So why favour FIFA and penalise the ICC?

The BCCI has been paying taxes on its income since 2007, the Income Tax department having dubbed its activities as “commercial”. The ICC claims that it is standard practice for major sporting events around the world to secure tax exemptions from government, though not always. And besides, it uses the revenues generated from its events to fund cricket development in assorted countries.

But this is a specious argument. Its activities are as commercial and profit-driven as the BCCI’s, so the apex body should not be treated different from its constituent. Otherwise, many corporates can also claim a free run as they use part of their revenues for CSR (corporate social responsibility) activities.

According to a report, the ICC had projected revenues of about $2.5 billion from 2016-23, of which, according to its proposed revenue sharing model, 30% or $760 m (about Rs 4670 cr) is to be its share, the rest being distributed among its constituents. This allows it a hefty Rs 584 crore in hand annually to run its establishment!

Why then must the activities of the ICC (and other hugely profitable and business-driven sports organisations) which maximize their revenues, and whose top executives and players enjoy five-star lifestyles, be subsidized by national populations, many of whom have no connection with or interest in that particular sport?

Many sporting federations like FIFA, International Olympic Committee (IOC) etc, make extortionate demands of host countries when it comes to getting the best deal for their events. Pliant host country sports officials often help these international federations in trying to get their governments to agree to such debilitating terms. 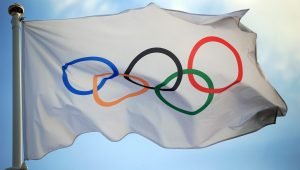 The Olympics is among the big players when it comes to extracting such benefits.

The Olympic Games is among the big players when it comes to extracting such benefits. Cities bidding for the Games have to agree to a plethora of non-negotiable terms and conditions which in short entails that the government/public has to literally underwrite the Games. No wonder, a study described the taxpayer as “the unofficial sponsor” of the 2012 London Games.

FIFA is the ‘don’ among international sports federations whose policies have generated trenchant criticism, especially in respect of the staging of the 2010 (South Africa) and 2014 (Brazil) World Cups, and whose “culture of entitlement” has attracted ridicule. The ‘rainbow republic’ adopted various “special measures” to create a “tax-free bubble” for the 2010 tournament and related events. A study suggested that 2010 was a “bonanza for FIFA” and that in economic terms only “FIFA wins the WC”!

FIFA made an estimated £2.5 billion in tax-free profit on the 2010 World Cup and generated $6.1 billion in revenue from the 2018 event according to reports, $1.3 billion more than what it did during Brazil 2014.

Brazil’s 1994 World Cup and Golden Ball winner turned politician, Romario, had vigorously campaigned against the tax free status that FIFA has enjoyed. “They come, set up the circus, they don’t spend anything and they take everything with them,” he quipped in the run up to the Samba land extravaganza. 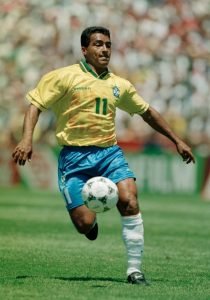 Brazilian football legend Romario has campaigned against the tax free status that FIFA has enjoyed.

In response to the allegedly negative reporting on this issue, FIFA put out its version of the truth on its website in a set of FAQs aimed at “setting the record straight”.

The latest news of India winning the bid to host the 2020 FIFA under-17 Women’s World Cup has again brought this issue to the forefront. What sort of undertakings did the All India Football Federation (AIFF) give to the apex body to win this episode? And has the central government, which is on good terms with the top brass of the AIFF, agreed to the terms in apparent contrast to its stand on the ICC events?

Most sports organisations keep the agreements with host countries for specific events top secret for fear of the adverse publicity if such details are made public. Despite that, such details have leaked out. The Dutch government, which made a joint albeit unsuccessful bid with Belgium to host the 2018 and 2022 World Cups, published on its website all the guarantees that FIFA had demanded, including its demand to be exempt from all taxes in the host country.

Be that as it may, Indian social organisations should study the cost-benefit aspects of all recent mega events hosted here, just like they did regarding the 2010 Commonwealth Games in New Delhi. They should also demand that agreements for all mega events at the cost of the exchequer be made public.

Another aspect that could be looked into is the concept of volunteerism at sports mega events. ICC plans to recruit 4,000 volunteers for the 2019 World Cup in England and Wales. On what terms will this be? Why can’t these volunteers, who spend a fortune flying in from all over the world, be paid or adequately compensated for their services, considering that these events generate a lot of money and other affiliates get paid? Trade unions should try and secure a better deal for these volunteers just as sports organisations manage the best deal for themselves!

Passion at a discount; win at any cost is at a premium

Mario Rodrigues has worked for several publications in various capacities besides contributing to several others. He is a former editor of All Sports Magazine and author of Batting for the Empire -- A Political Biography of Ranjitsinhji.