Diksha, Ridhima share lead after 1st round at 14th leg of WPGT 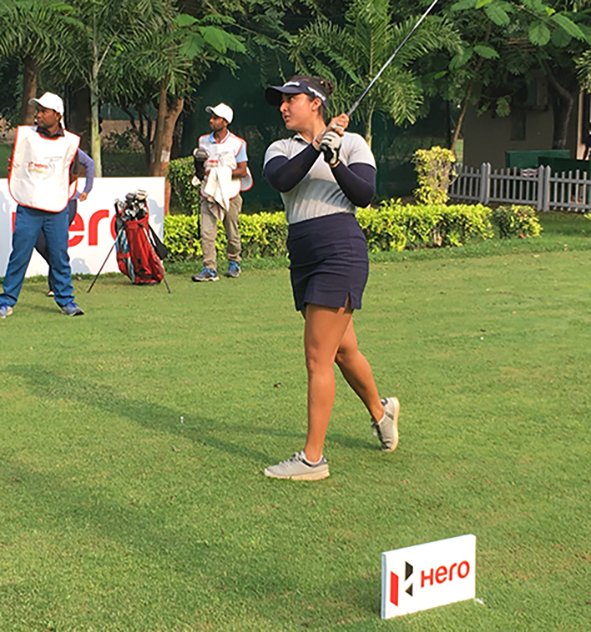 Noida: Diksha Dagar and Ridhima Dilawari returned identical cards of three-under 69 to share lead after the first round of the 14th Leg of the Hero Women’s Pro Golf Tour.

Tvesa Malik and Gaurika Bishnoi are chasing the leaders closely after firing 71 each at the Noida Golf Course.

With four players bringing in sub-par rounds, the final two rounds should see a strong tussle as the season comes to its closing stages.

Diksha, who teed off in the first group in the morning, got her first birdie on the second hole, but gave it back on the Par-4 sixth. Back-to-back birdies on eighth and ninth ensured she turned in strongly at two-under for the front nine.

A string of pars, including some good saves, saw her come to the 18th at two-under before a birdie finish saw her hand over a card with an impressive 69.

Three-time winner this year, Ridhima opened with a birdie but lost that gain with an immediate bogey. Seven pars after that saw her turn in even par before she found some rhythm on the back nine.

A birdie on 11th followed by back-to-back gains on 17th and 18th ensured Diksha had company at the top at 69.

Tvesa, who like Ridhima, has won three times in 2019, had a strong finish with three birdies in the last five holes. She gave away a lot of shots with a double on 11th and a bogey on 12th.

Gaurika opened birdie-birdie and rode it well till the bogey on Par-5 eighth, which seemed costly. She birdied twice on back nine on 14th and 17th but gave away shots on 11th and the closing bogey on 18th.

Amandeep Drall shot 75 to be sole fifth, while Neha Tripathi, Astha Madan and Smriti Mehra were Tied-sixth at 77 each. Saaniya Sharma and Ananya Datar completed the top-10 with cards of 78 each.