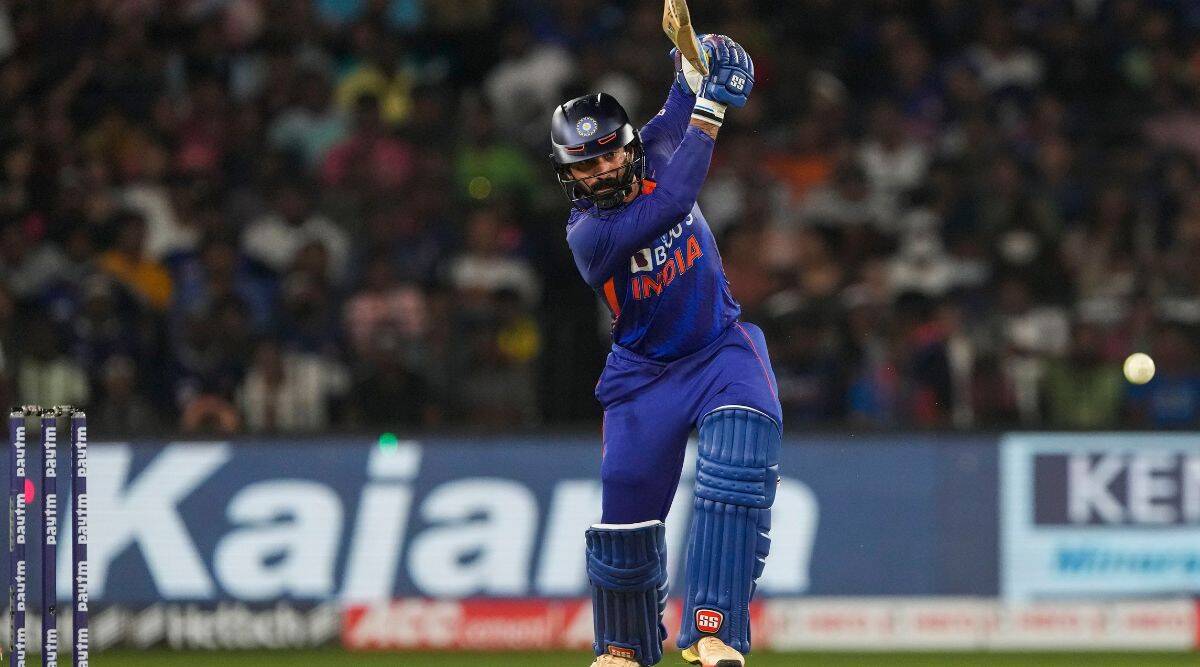 Dinesh Karthik’s 55 off 27 balls, his maiden fifty in the format he first played back in 2006, helped India level the five-match T20I series on Friday against South Africa.

Karthik’s 26-ball fifty was his first in T20Is, his previous best being a 29-ball 48 against West Indies in 2017. Karthik got to the mark with a slog sweep for six over deep-midwicket off Dwaine Pretorius in the 20th over before being dismissed next ball at deep backward square leg for a 27-ball 55.

Karthik is making a comeback into the Indian team, having last played a T20I more than three years ago in February 2019. He was drafted in squad for the ongoing series on the back of a stellar IPL 2022 with Royal Challengers Bangalore, where he scored 330 runs in 16 innings at an astounding strike rate of 183.33.