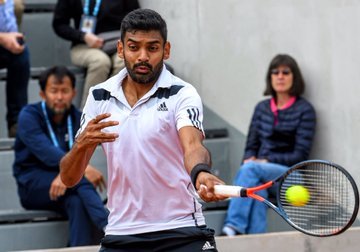 Sharan and Sitak got the better of the Portuguese-Spanish duo 6-4 7-5 in a thrilling one hour 28 minute encounter.

The duo will next face the winner of the first-round match between 10th seeds Mate Pavio-Bruno Soares and Ben Molachlan and Luke Bambridge.

On Tuesday, India’s top-ranked tennis player Prajnesh Gunneswaran missed out on a chance to play against world no.2 Novak Djokovic after crashing out in the men’s singles opening round.