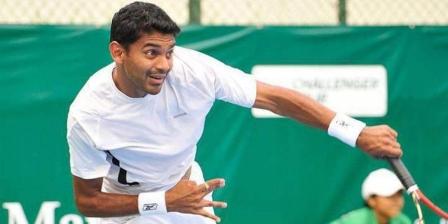 Paris: India’s Divij Sharan and his South Korean partner Kwon Soon-woo bowed out of the ongoing French Open after suffering a hard-fought defeat in the opening round of the men’s doubles event.

On Wednesday, the unseeded pair of Sharan and Soon-woo lost 2-6, 6-4, 4-6 to the 16th seeded Croatian-American duo of Franko Skugor and Austin Krajicek to crash out of the clay court grand slam.

Last month at the US Open, Sharad had suffered a first-round exit when he, along with his Serbian men’s doubles partner Nikola Cacic, suffered a 4-6, 6-3, 3-6 defeat against Nikola Mektic and Wesley Koolhof.

Rohan Bopanna is now the only Indian left at the Roland Garros and along with his Canadian partner Denis Shapovalov, he is slated to begin his men’s doubles campaign against Jack Sock and Vasek Pospisil on Thursday.