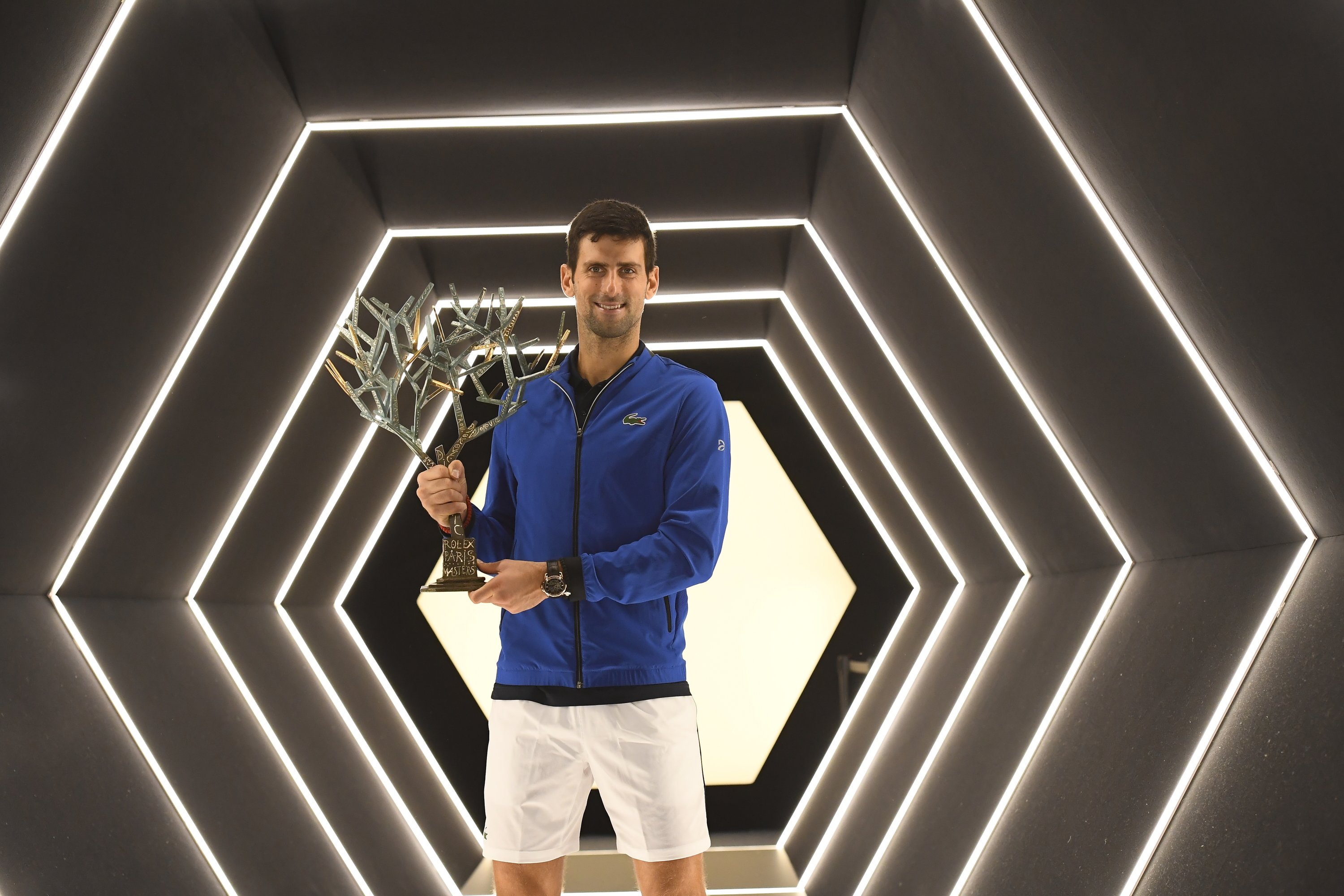 Paris: Novak Djokovic eased to a record-extending fifth Paris Masters title by brushing aside Canadian youngster Denis Shapovalov in the final, boosting his hopes of taking the year-end world number one spot.

The top seed claimed a dominant 6-3, 6-4 victory over his 20-year-old opponent, who looked nervous after being the beneficiary of Rafael Nadal’s withdrawal before their scheduled semi-final.

Djokovic will lose top spot in the rankings to Nadal next week, but could still equal Pete Sampras’ record by finishing a sixth year as the world’s best player.

The 33-year-old Nadal is a fitness doubt for the ATP Tour Finals, which start in London on November 10, due to an abdominal muscle strain, while Djokovic has won the season-ending championships five times.

Djokovic, who lost to Russian Karen Khachanov in last year’s Bercy final, saved the only break point he faced as he sealed his fourth win from as many matches against the world number 28 Shapovalov.

The 16-time Grand Slam champion has now won 34 Masters titles, moving to within one of Nadal at the top of the all-time list, and 77 on the ATP Tour in total.

It was Djokovic’s fifth trophy of the season after previous triumphs at Wimbledon and the Australian Open, as well as at the Madrid Open and in Tokyo.

Djokovic, playing in his 50th Masters final, wasted no time in making a statement, serving an ace on the first point en route to a hold to love.

Nerves were clearly affecting Shapovalov, as he gifted Djokovic an early 2-0 lead with a series of unforced errors.

Shapovalov found his rhythm on serve to get on the board, but the first-set momentum had already been seized by his illustrious opponent, who eased 5-2 in front.

The comfortable opening set for the world number one was wrapped up at the first time of asking with a forehand volley after just 28 minutes on court.

Shapovalov, who claimed his maiden ATP title last month in Stockholm, kicked off the second set with a double fault, before a mishit forehand handed Djokovic a break point.

But the left-handed Canadian recovered with aces on both break point and game point to hold his serve.

The form that he showed in his brilliant quarter-final win over Gael Monfils on Friday was nowhere to be seen, though, and the 32-year-old Djokovic moved to the brink of victory with a break in game seven to lead the second set 4-3.

Shapovalov, who will move into the world’s top 15 next week, gave himself a glimmer of hope by moving to 30-40 on Djokovic’s serve, but the Serbian closed the door, although he was then forced to serve for the title.

He accomplished that on his first match point after only 65 minutes of play with a whipped forehand winner before raising his arms in celebration.

Another injury rules Nadal out of Paris Masters