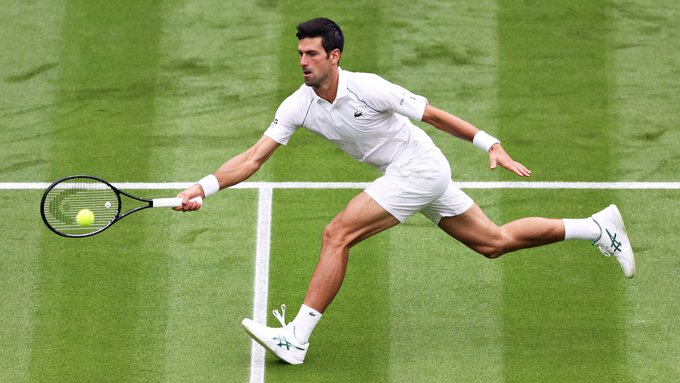 New Delhi: Former Wimbledon champion Croatia’s Goran Ivanisevic, who is one of the coaches of Novak Djokovic, feels that while there will be tremendous pressure on the world No.1 tennis player to win a calendar-year Grand Slam, the Serbian counters it by playing better tennis.

Djokovic is now just three wins from completing the first Grand Slam by a male since Rod Laver in 1969. The pressure is mounting by the match, but according to coach Ivanisevic, the former world No. 2 who won the Wimbledon in 2001, that is just the way Serbia’s Djokovic likes it.

“He’s going to definitely feel pressure, but he’s a guy who the more pressure he has, the better he plays. That is why he is such a champion. That is why for me he is the biggest tennis player in the history of the sport,” Ivanisevic told atptour.com.

“Regardless of results or Grand Slams, I said seven or eight years ago when I was not even close to being on his team that the only person who can win four Grand Slams in a year is him.”

Djokovic has sometimes appeared invincible, which has helped the world No. 1 win eight of the past 12 majors. But Ivanisevic says the 34-year-old Djokovic does not walk with the weight of expectations.

“I’m very happy that there is a crowd because last year we witnessed the saddest US Open ever with the screens and no crowd. This year is going to be an electric atmosphere. It’s going to be great for tennis, great for him. He needs that,” said Ivanisevic.

There have been questions surrounding Djokovic, who lost in the semifinals of the Tokyo Olympics as well as the bronze-medal contest, but Ivanisevic says Djokovic thrives when people doubt him.

“A lot of people will crack. A lot of people will say, ‘Okay, I don’t know’. But him? He says, ‘Bring it on, I’m going to show you who I am on the court’,” Ivanisevic said. “Look at him, three Grand Slams in a row. He’s already made history and can make even bigger history. He’s an amazing person. You can learn a lot of things from him.”