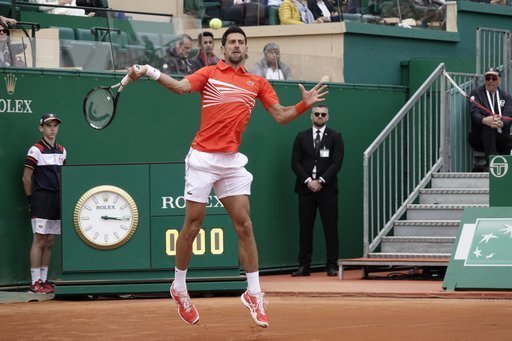 The two-time former champion was made to work hard for his 850th tour-level win on Court Rainier III, beating Philipp Kohlschreiber of Germany 6-3, 4-6, 6-4 in two hours and 36 minutes.

Djokovic saved 12 of 16 break points to improve to 9-2 in his head-to-head series against Kohlschreiber.

“I had ups and downs and in a way felt a bit rusty on the court. I had a tough opponent, of course. Philipp beat me in Indian Wells. It was a match that happened less than a month ago, so of course it was in the back of my mind a bit,” said Djokovic.

“I thought I should have maybe stepped in and played a bit more aggressive in the second set, but credit to him for mixing up the pace and playing well.

“I’ll take this win. Hopefully I can play slightly better in the next round, because if I want to go deep in the tournament, I definitely have to up my game.”