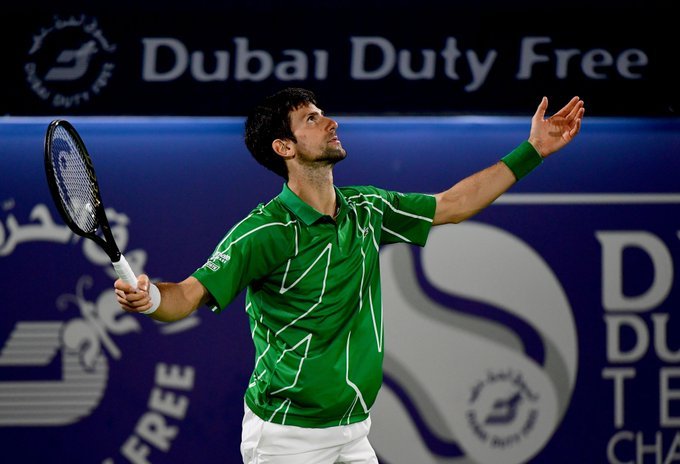 Paris: World number one Novak Djokovic dominated his first round match at the French Open 2020 as he swept aside Sweden’s Mikael Ymer in straight sets.

On Tuesday, Djokovic defeated Ymer 6-0, 6-2, 6-3 in just 98 minutes and during the course of his win, one of the most notable features was his use of the drop shot.

“I think it’s a great variety shot, the dropshot. I think it’s important tactically to have it and to use it at the right time so that you can keep your opponent always guessing what the next shot is,” he said as per the ATP Tour website.

“I may have played too many today, I agree. Maybe I exceeded what I should have played. But I think it worked well in the moments when I needed to get the point I did. And I thought that I kept my opponent today on the back foot constantly, because I felt comfortable to hit really any shot, being aggressive or coming to the net or mixing it up,” he added.

Djokovic, who is chasing his 18th Grand Slam crown, will face Ricardas Berankis of Lithuania in the second round.

In women’s singles, former world number one Karolina Pliskova had to really struggle in her opening round contest against an inspired Mayar Sherif, surviving the Egyptian qualifier after three sets to reach the second round.

Pliskova defeated 6-7(9), 6-2, 6-4 after two hours and 15 minutes on Court Philippe-Chatrier to pass the first hurdle at the clay court grand slam.

“Let’s not talk about my level,” Pliskova said after the match as per the WTA website. “I think there is big room for improvement, but it is what it is and I’m in the next round, which counts,” she added.

She will next face 2017 champion Jelena Ostapenko.

French Open: Serena Williams pulls out due to injury