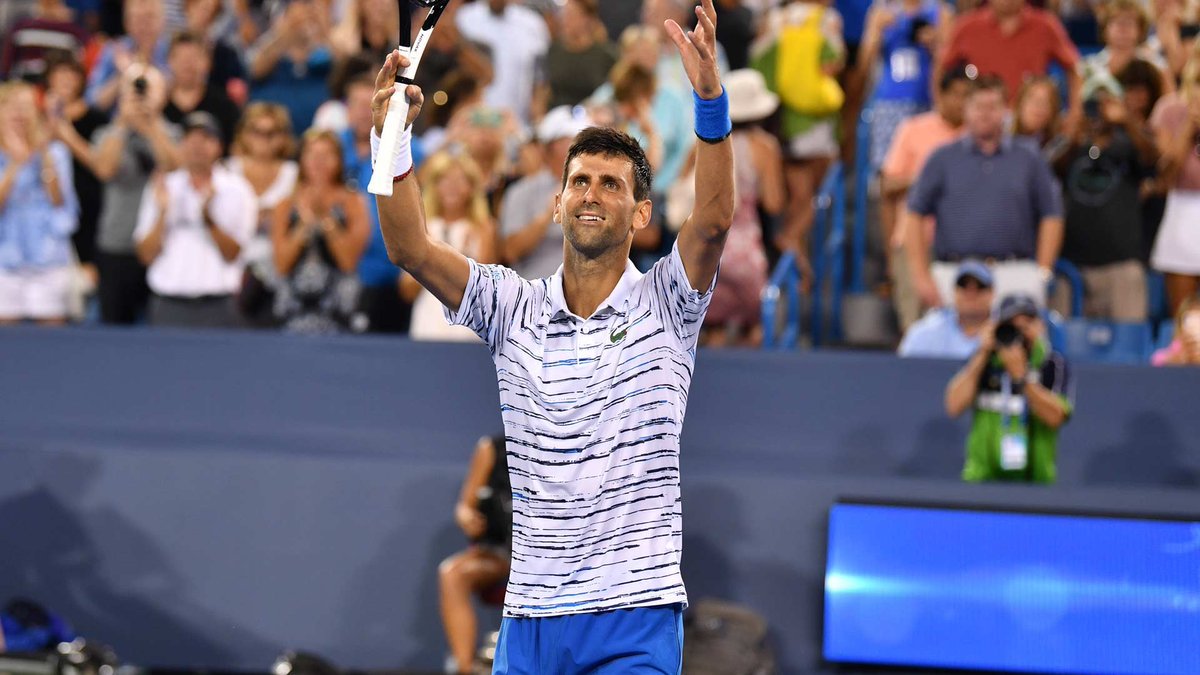 Washington: World’s number one Novak Djokovic reached the semifinals of the ongoing Cincinnati Masters after defeating Frenchman Lucas Pouille in their last-eight match.

The Serbian has now made at least the last four in five consecutive tournaments he has played, and the top seed is into the semi-finals at this ATP Masters 1000 event for the seventh time.

The 32-year-old is two victories away from lifting his 34th Masters 1000 trophy, which would move him to within one crown of Rafael Nadal’s record 35.

Their third @FedEx ATP Head2Head meeting of 2019 takes place on Saturday at #CincyTennis!

In the semifinal, Djokovic will next face Russia’s Daniil Medvedev, who will try to make his second Masters 1000 final in as many weeks.

The World’s No. 1 leads their head to head record 3-1, but Medvedev won their most recent meeting at this year’s Monte-Carlo Masters.

In the other semifinal, France’s Richard Gasquet will play against Belgian 16th seed David Goffin.