Don't have much faith in DRS, it should in hands of umpires, says Ian Chappell 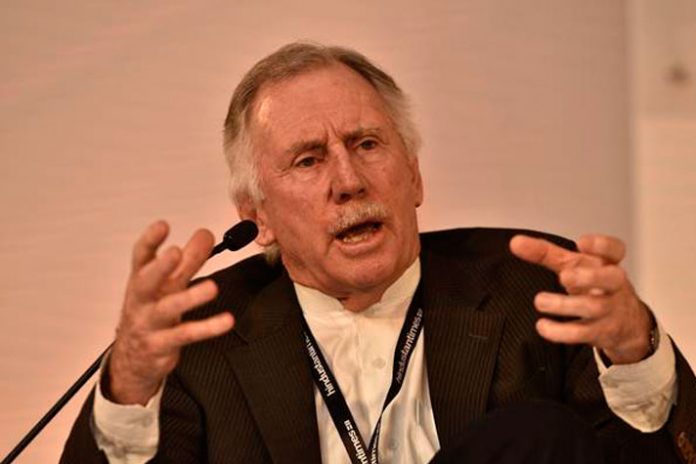 New Delhi: Former Australia captain Ian Chappell has called for an overhaul of the Decision Review System, saying it is encouraging dissent from the players in its existing “manipulative” state.

In the ongoing Test series between England and West Indies, which has marked resumption of international cricket, three reviews are awarded per innings, one extra than usual.

“‘The umpire is always right and you don’t argue with his decision’ used to be the first lesson a young cricketer was taught. This admirable exercise in discipline and self-control is now not applicable as the introduction of DRS is encouraging a form of player dissent,” Chappell wrote for ESPNcricinfo.

The 76-year-old, who has scored 5345 runs in 75 Tests for Australia, cited the example of the current series in England to show how the DRS is being manipulated and devalued.

“The look of disdain on the face of umpire Richard Kettleborough after three of his decisions were overturned early on Day Two of the first Test between England and West Indies, was ample proof of his feelings about the system at that moment.

“My sympathies were with Kettleborough, one of the better umpires on the international panel. And with the return to a third review in the pandemic era, there are signs the system is being manipulated,” Chappell said referring to the technology that was used for the first time in 2008.

The Indian cricket board did not have faith in the DRS for a long time before it embraced the technology.

Chappell said the system should never have allowed players to be a part of decision-making.

“There was a time when the BCCI distrusted the DRS. I’m no longer in lock-step with the BCCI on this because I still don’t have much faith in the DRS…Right from the outset the DRS should have been placed in the hands of the umpires; players shouldn’t be part of the decision-making process,” he wrote.

“And the equipment and personnel involved in the DRS should be controlled and employed by the cricket authorities and not the television production company. The DRS – properly constituted – is an important ingredient in cricket decision-making; it’s not part of the day’s entertainment.

“There have already been some cynical examples of DRS use in the series between England and West Indies that epitomise how far the system has been devalued. It’s time the DRS was the subject of a thorough overhaul,” added Chappell.