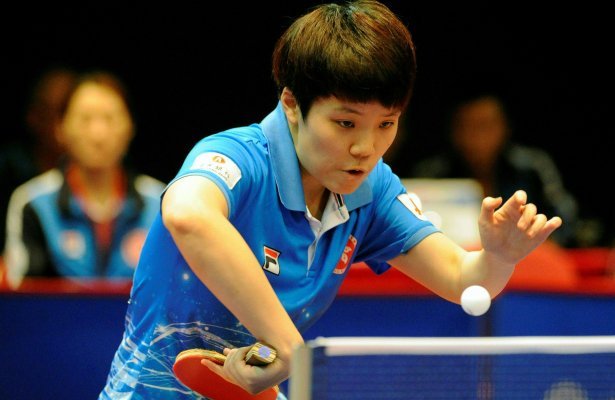 Intially, Sutirtha Mukherjee set the tone for U Mumba, cruising to an unexpected 5-1 lead in the opening game. She made the most of that stunning start to take the game 11-7. She then showed amazing composure, fighting back from 5-10 to win her own golden point.

Chennai Lions were led by 9-time Indian national champion, Achanta Sharath Kamal. Sharath Kamal was the lone warrior and got Lions back into the contest by recovering 5 points from U Mumba, 2 in mixed doubles along with the valiant Petrissa and another 2 in the second men’s singles contest to make it 6-6 going into the final fixture of the evening.

Doo Hoi Kem ended Tie 2⃣ with a clean sweep as @UMumbaTT bag their first win of the season! 💪🏻🔥

Manav Thakkar, who leads the young U Mumba side, and during a recent press conference, he already made his intentions clear of making his mark by beating more senior paddlers in the competition.

However, Thakkar was not able to deliver as his words and Sharat Kamal began with winning first 11-7, next 11-5 and decider was a close encounter, which went in favour of Sharat.

In mixed doubles, Sharath and Petrissa Solja combined much better to ease past Manav Thakkar and Doo Hoi Kem 2-1. They dominated the contest, with Sharath playing his usual attacking game. But true to day, the third game went to the losers.

Kirill Gerassimenko is one of the four foreign players playing in the UTT for the first time and Kazakhastan’s Kirill Gerassimenko was quick to seize the opportunity, toppling Portugal’s Tiago Apolonia (former World No. 13) 2-1 in the Men’s Singles.

It was a gripping contest, with the young Kirill showing great defensive skills while also unleashing deceptive shots from close to the table.

The next game too was close but Kirill managed to streak ahead from 7-7 to pick up a second point for himself and his team. He lost the third game tamely though.

‘Sathiyan, Batra among players benefitting from playing in UTT’