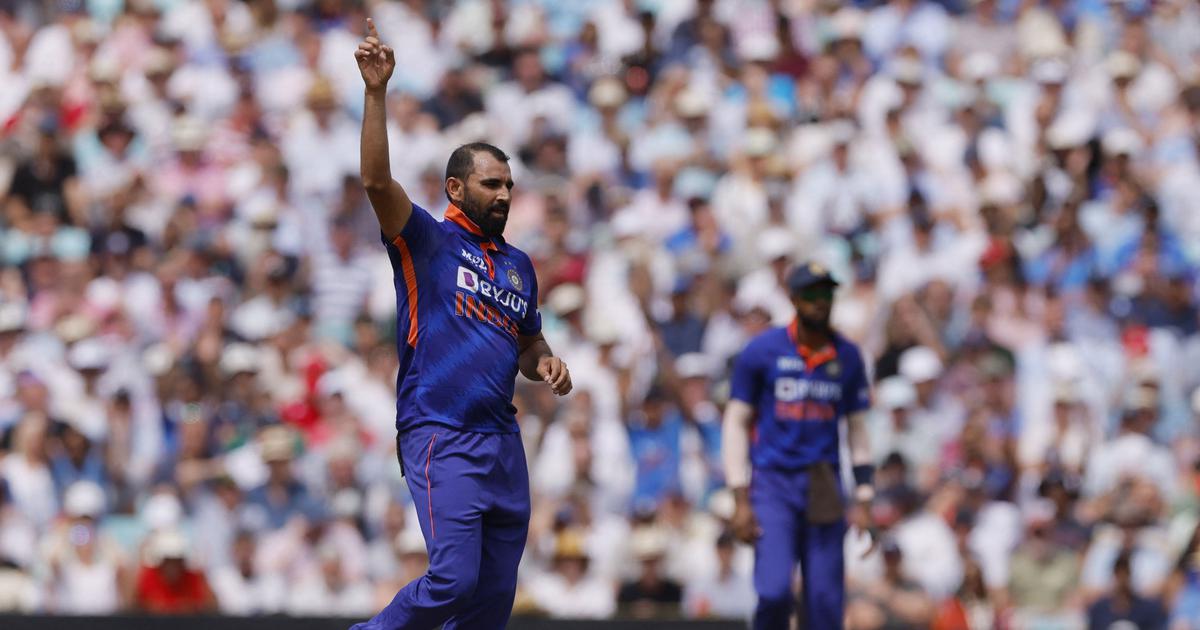 Indore: Head coach Rahul Dravid has indicated that Mohammad Shami could replace the injured Jasprit Bumrah in the India squad for the T20 World Cup if the former is able to regain full fitness weeks after contracting COVID-19.

Shami, who was among the reserve pacers for the ICC event alongside Deepak Chahar, was forced to miss the six home games against Australia and South Africa after catching the virus.

The BCCI is yet to name Bumrah’s replacement and after the conclusion of the series against the Proteas, Dravid hinted that Shami is the team’s preferred choice though Chahar and Mohammad Siraj are also in the reckoning.

“In terms of replacement we are looking at (options), we have time till October 15 (ICC deadline). Shami is someone who is in the standbys but he could not play unfortunately in these two series,” said the head coach on Tuesday night.

“It would have been ideal from that perspective but he is in the NCA at the moment. We will have to get reports as to how he is recovering and what his status is after 14-15 days of Covid and we will take a call after that.”

India are in dire need of an express pace bowler in Bumrah’s absence. He was ruled out of the World Cup in Australia earlier this week due to a back injury.

Following the six games against two top teams, India’s death bowling has emerged as the team’s biggest concern going into the World Cup.

India leave for Australia on October 6.

They will play a couple of practice games in Perth besides acclimatising to the pace and bounce Down Under before moving to Brisbane for two ICC warm up games.

They open their World Cup campaign against Pakistan on October 23.