Formula One: Sebastian Vettel to join Aston Martin team in 2021 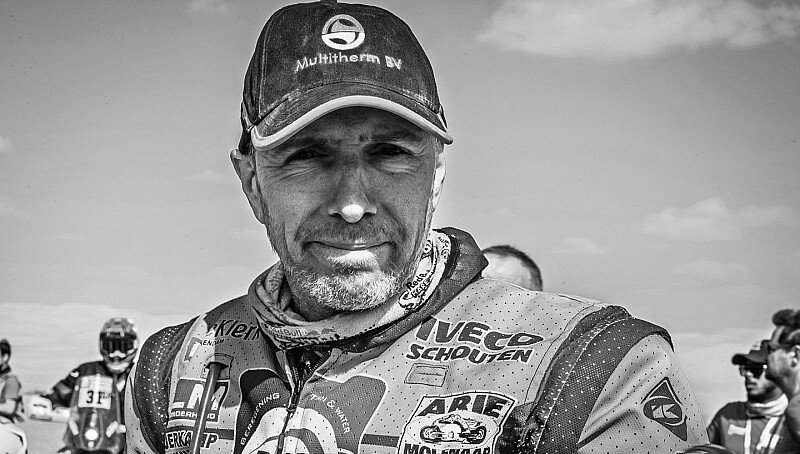 The Hague: Dutch motorcyclist Edwin Straver, who crashed during the penultimate stage of the Dakar rally, has died of his injuries, his wife confirmed on Friday.

The 48-year-old from Rijswijk in southern Netherlands fell from his KTM 450 on January 16 travelling at relatively low speed, but fracturing his spine.

“Edwin died in the early hours of Friday morning surrounded by his loved ones,” his wife Anja den Hollander told AFP.

The family was in the process of making funeral arrangements, she said.

Straver was racing his third Dakar in a sub-section for motorbike racers, unassisted by a back-up team, when he crashed during the 11th stage of the race in south-eastern Saudi Arabia.

“He fractured his upper spine and did not have a heartbeat for 10 minutes,” said a statement published by the Dutch rally website www.rallymaniacs.com, which followed Straver’s progress.

After being resuscitated he was flown by helicopter to a hospital in Riyadh.

“There it became clear that he would not regain consciousness,” the website said.

He was flown back to the Netherlands on Wednesday “where it was again confirmed that the damage to his brain was too severe.” “Respiration was then stopped in consultation with his family,” the statement said.

Straver was born in 1971 into a motor sporting family — his father Anton was a former road racer.

His son’s first love however “was for the sand… he liked motocross and enduro much more than road racing,” the statement said.

The Dutch rider was described as “extremely cautious” saying “I brake for everything and never cross a dune before I can see what’s behind it.”

The 42nd edition of the Dakar, staged in Saudi Arabia was already marred by the death of Portuguese rider Paulo Goncalves, the 20th biker and 25th competitor to die during the rally.

“We all know this is a sport with risks. I try to ride carefully and build in safety margins, but something can always go wrong,” Straver was quoted as saying after Goncalves’ death.

“We all accept the risks. If you can’t live with that you’d better stay home,” he said a few days before his own fatal accident.

The decision to stage the race in Saudi Arabia this year and for at least the next four years sparked an angry reaction from critics of the kingdom’s human rights record.