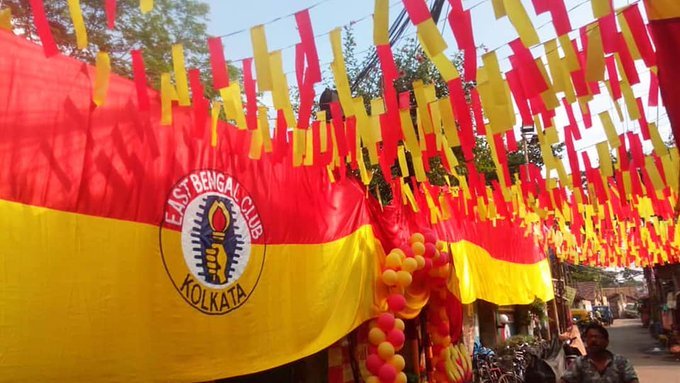 Kolkata: Century-celebrating East Bengal FC will be the 11th team to play in the 2020-21 Indian Super League (ISL), organisers confirmed on Sunday.

The famed club’s entry into the top-tier league was facilitated after Shree Cement acquired majority stake in the red an gold brigade, founded in 1920.

“It is such a happy and proud moment for ISL as we welcome East Bengal FC and their millions of fans into the League. The inclusion of both legacy clubs, i.e. East Bengal and Mohun Bagan (now ATK Mohun Bagan) opens limitless possibilities for Indian football, especially for talent development in the state,” said Ambani.

“West Bengal has made an immense contribution to the growth of the beautiful game in India. ISL’s growing footprint in the state and across India, is yet another step towards our mission of building a competitive and robust football ecosystem in the country,” she added.

The development completes the inclusion of Indian football’s ‘Big Two’ – Mohun Bagan and East Bengal – into the ISL.

Defending champions ATK have already merged with Mohun Bagan to form ATK Mohun Bagan. The seventh edition of the tournament is likely to begin in November in a bio-secure environment in Goa.

Fixtures for the tournament are yet to be announced though several teams have reached Goa on Saturday.