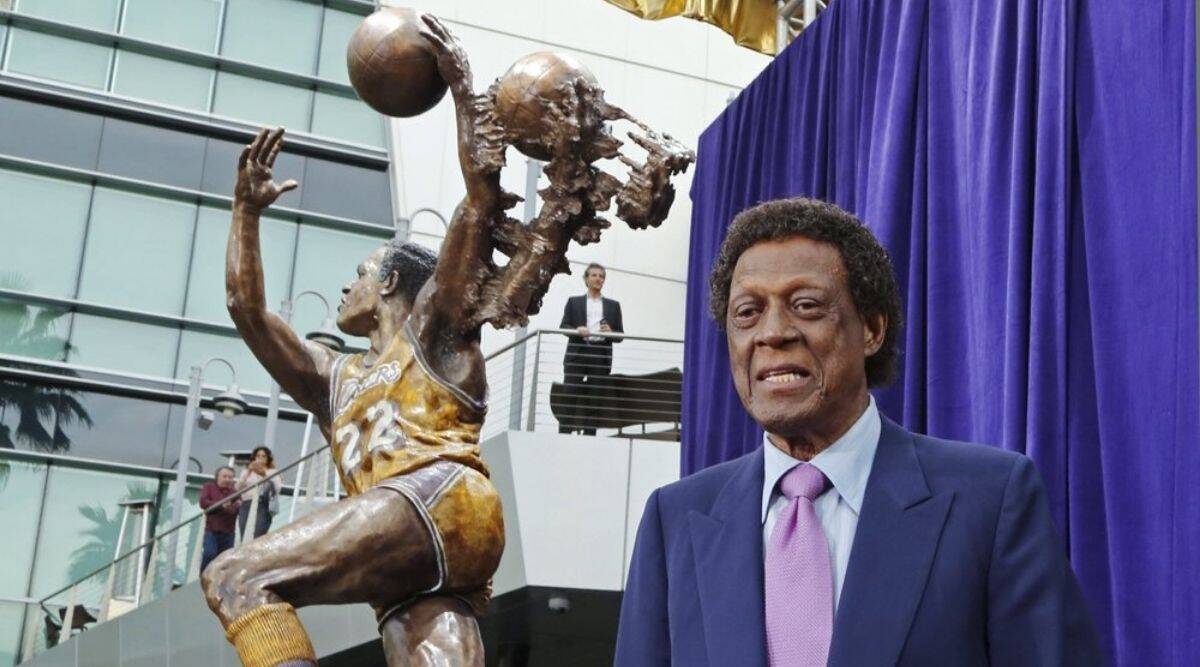 New Delhi: Elgin Baylor changed the very direction of basketball when he joined the NBA and brought his vertical feats of athletic brilliance to a largely horizontal game.

He filled scoresheets and sparked young imaginations with his trailblazing aerial style, and every high-flying player of the past 60 years has followed his path.

Although the Lakers’ first superstar in Los Angeles never won a championship ring, Baylor still looms high above the franchise and the game he loved.

The Hall of Fame forward died Monday of natural causes in Los Angeles with wife Elaine and daughter Krystal by his side, the team said. He was 86.

An 11-time All-Star who soared through the 1960s with a high-scoring artistry that became the model for the modern basketball player, Baylor played a major role in revolutionizing basketball from a ground-bound sport into an aerial show.

“Elgin was THE superstar of his era — his many accolades speak to that,” Lakers owner Jeanie Buss said in a statement.

With a silky-smooth jumper and fluid athleticism, Baylor spent parts of 14 seasons with the Lakers in Minneapolis and Los Angeles, teaming with Jerry West in one of the most potent tandems in basketball history.

Baylor’s second career as a personnel executive for 22 1/2 years with the woebegone Los Angeles Clippers was far less successful, but he remained a beloved figure in Los Angeles and beyond. Baylor strengthened his ties again to the Lakers over the past decade, and the team honored him with a statue outside Staples Center in 2018.

“Elgin Baylor set the course for the modern NBA as one of the league’s first superstar players,” NBA Commissioner Adam Silver said. “In addition to his legendary playing career, Elgin was a man of principle. He was a leading activist during the height of the civil rights movement in the 1950s and 1960s and an influential voice among his fellow players.”

The 6-foot-5 Baylor played in an era before significant television coverage of basketball, and confoundingly little of his play was ever captured on film. His athletic brilliance is best remembered by those who saw it in person. No one had a better view than West, who once called him “one of the most spectacular shooters the world has ever seen.”

Baylor had an uncanny ability to hang in mid-air indefinitely, inventing shots and improvising deception along his flight path. Years before Julius Erving and Michael Jordan became international heroes with their similarly acrobatic games, Baylor created the blueprint for the modern superstar.

Baylor was the first NBA player to score 70 points in a game, and he still holds the single-game NBA Finals scoring record with 61 against Boston in 1962. He averaged 27.4 points and 13.5 rebounds over his career, and he even averaged a career-best 38 points during a season in which he only played on weekend passes while on active duty as an Army reservist.