ENG vs NZ: Hosts fight after Conway double ton on debut at Lord's 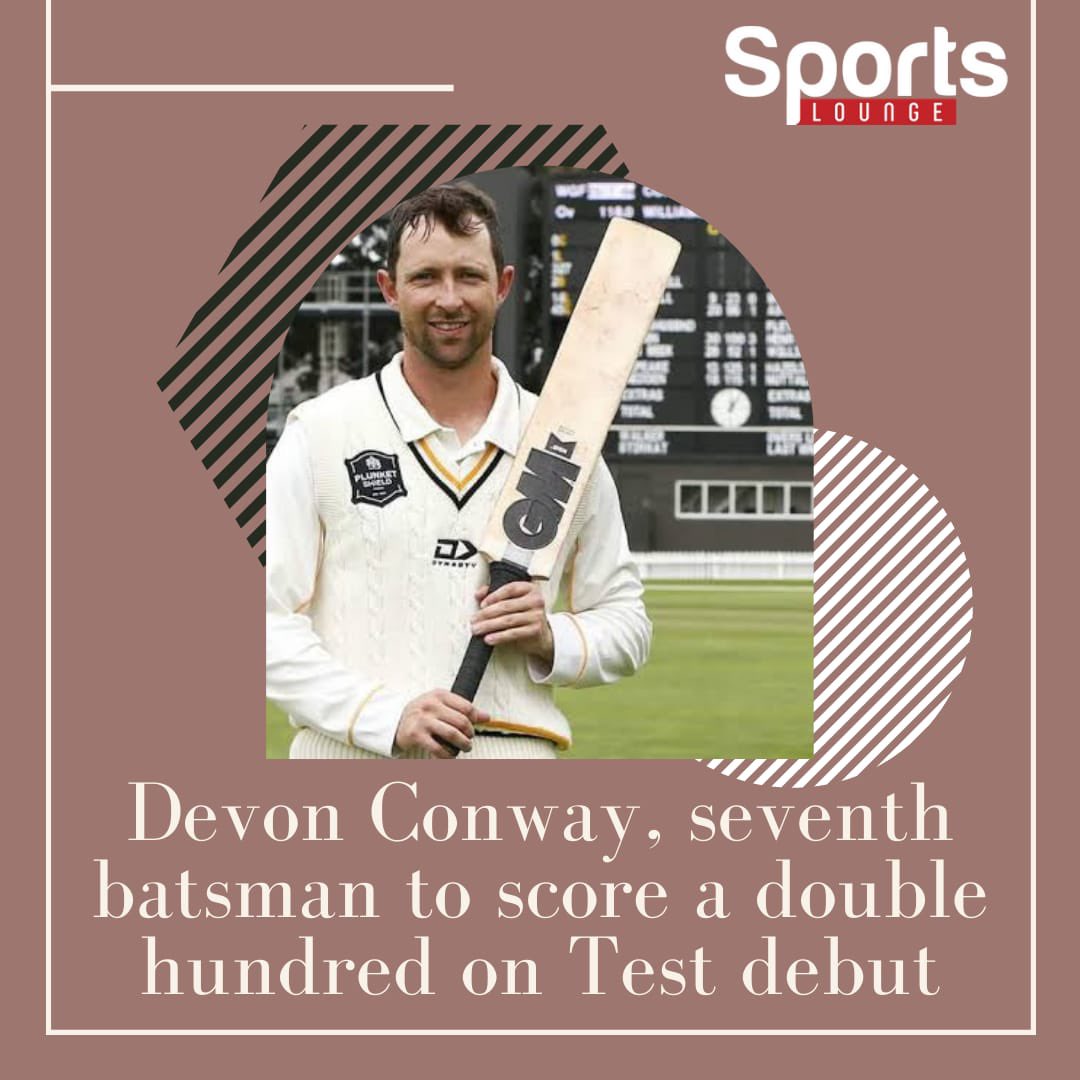 London: England finished day two on 111-2 and trail New Zealand by 267 runs in the first innings of the first test after Devon Conway’s double ton took the game away from the home side on Thursday.

New Zealand were bowled out for 378 after lunch as England’s fast bowlers cleaned up the middle order and tail but they were left frustrated by number 11 Neil Wagner (25 not out) who helped Conway set his record score.

Conway’s 200 is the highest score on debut at Lord’s and the opener reached the milestone with a six over long leg. He nearly carried his bat but became the last wicket to fall when he was run out by mere millimeters.

In response, England lost two early wickets before tea with Kyle Jamieson trapping Dom Sibley leg before for a duck while Tim Southee had Zak Crawley caught behind but Rory Burns (59 not out) and skipper Joe Root (42 not out) steadied the innings.

The visitors had started the day on 246-3 but lost wickets at regular intervals as Mark Wood picked up three for just seven runs in a fiery spell in the first session while Ollie Robinson finished with 4-75 on his test debut.

Devon Conway became only the second New Zealander to make a double century on Test debut before England fought back through Rory Burns and Joe Root in the first Test at Lord’s.

Conway was last man out for New Zealand, narrowly missing out on becoming the very first batsman in the 144-year history of Test cricket to carry their bat in their first knock in the format. He was run out to a close call, ending a stay of more than nine-and-a-half hours.

New Zealand’s pacers appeared to carry forward the momentum and reduced England to 25 for 2 by tea. Tall paceman Kyle Jamieson had Dom Sibley lbw for a duck with a ball that straightened to hit the opener on the back pad, the decision upheld on ‘umpire’s call’ after a review.

But there was no room for doubt when Zak Crawley was caught behind off Tim Southee for two. Crawley drove away from the body and paid the price. It left England in trouble but Burns and Root steadied the ship.

The partnership was worth 93 when stumps were drawn. Burns went past his half-century while Root approached his. Both fought off accurate bowling – even a short ball attack from Neil Wagner – but did not go into their shells.

PSL to resume in Abu Dhabi on June 9

‘It’s taking a toll on myself’: KKR’s Russell talks about mental health