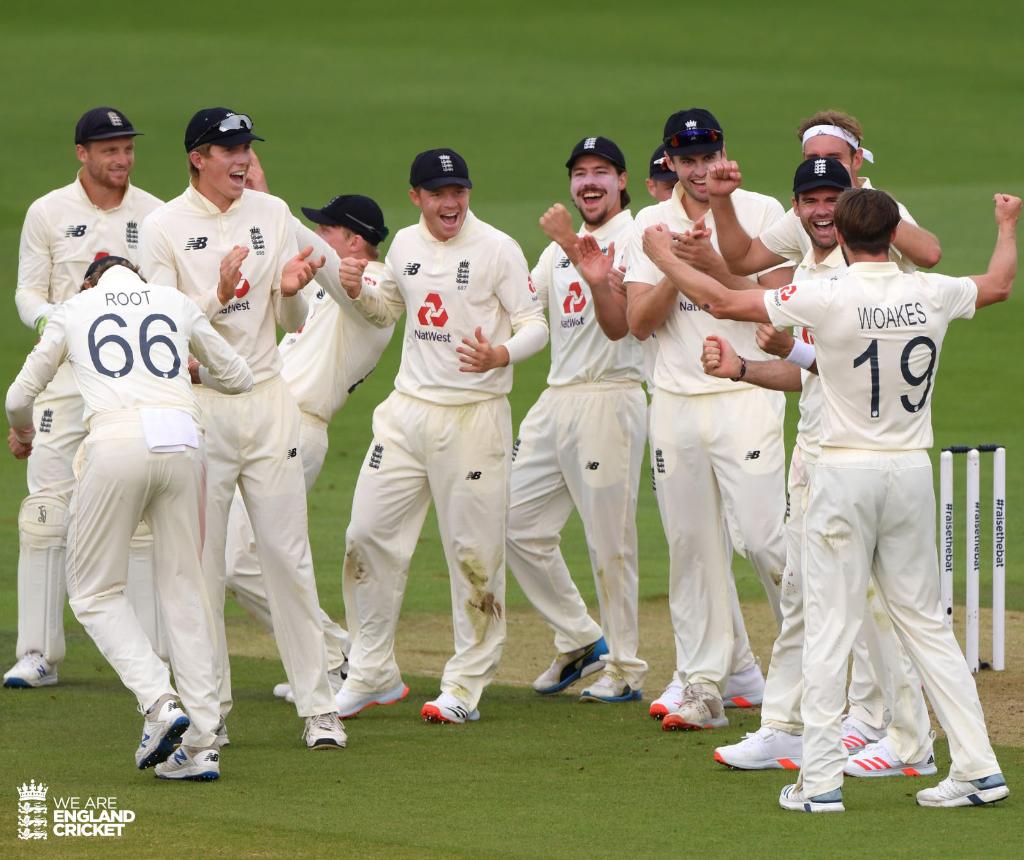 Southampton: Only 21 overs could be bowled in the second session of the first day of the second Test between England and Pakistan at the Ageas Bowl in Southampton as rain interrupted the play.

England’s fast bowlers were all over the Pakistan batting lineup before the umpires took the players off the field after the dense clouds that had been hovering over the stadium opened up.

The session got off to a delayed start and through the course of it, Pakistan lost captain Azhar Ali, Abid Ali, Asad Shafiq and Fawad Alam, who was making his comeback into Test cricket after an absence of 11 years.

Azhar fell to James Anderson when one of the many edges that he had got finally flew high enough for a fielder at slip to hold on to. A little under three overs later, the umpires called the players off as rain started pouring down on the stadium.

Abid was the first to go after the restart, having scored a precarious 50. One of his many edges landed in the hands of Rory Burns at slips off the bowling of Sam Curran. Asad Shafiq replaced him but did not last long, succumbing to Broad off the 13th ball that he faced as he reached out for a wide delivery and edged it to third slip.

Fawad Alam then made his entry into a cricket field in Test whites for Pakistan for the first time in over a decade and took guard with his unconventional stance. He lasted only four balls, with Chris Woakes hitting him on the pads. The umpire initially shook his head but England successfully reviewed the decision.

In this time, Babar had put together 25 in 51 balls. At the end of the day, Mohammad Rizwan gives him company with four off five.