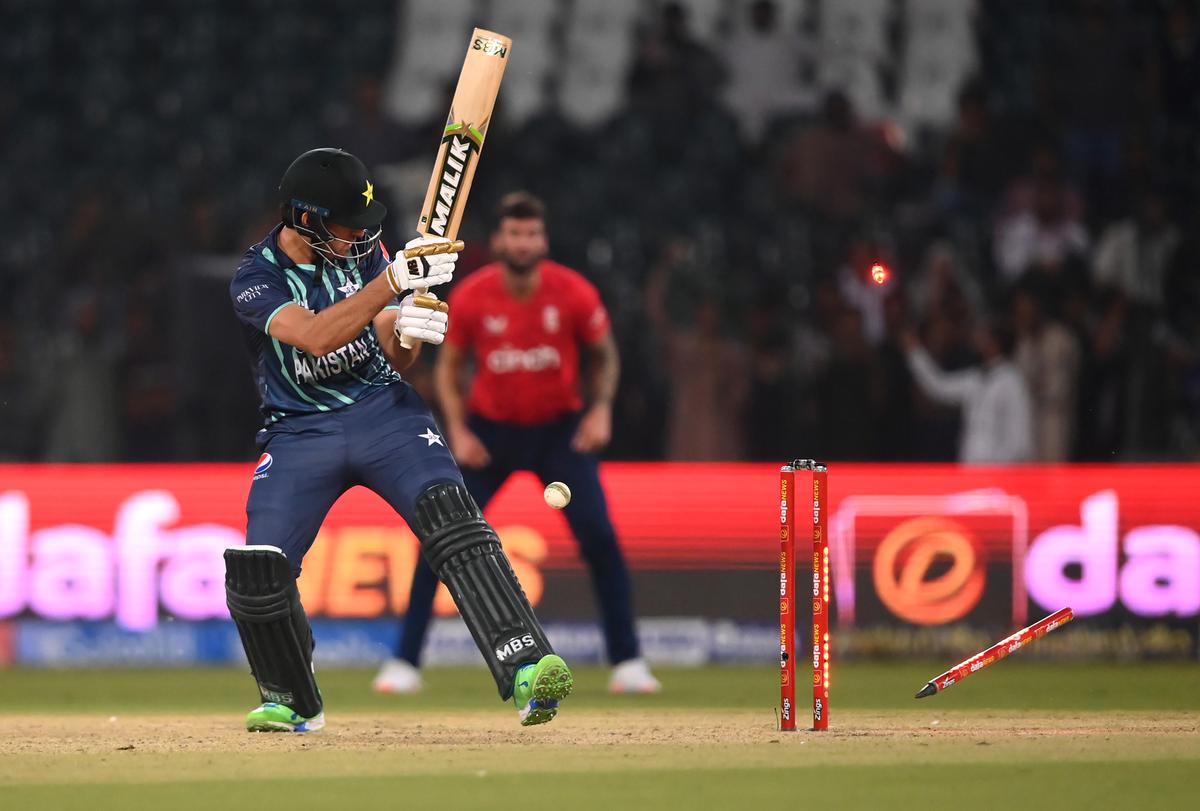 A sublime fifty from Dawid Malan and three wickets for Chris Woakes guided England to a thumping 67-run win over Pakistan in the seventh Twenty20 International in Lahore on Sunday as it clinched the series 4-3 in a major boost ahead of the World Cup.

Chasing 210, Pakistan suffered a double blow when captain Babar Azam (4) and Mohammad Rizwan(1) departed in quick succession as England’s pace attack made early inroads and reduced the host to 33 for three under the lights at Gaddafi Stadium.

Shan Masood put up some resistance with a fighting 56 but England, led by Woakes (three for 26), kept chipping away with regular wickets. David Willey returned figures of two for 22 while Reece Topley, Adil Rashid and Sam Curran picked up a wicket each.

Earlier, England lost both openers cheaply after being asked to bat before Malan (78) and Harry Brook (46) shared an unbeaten 108-run stand for the fourth wicket to power the tourist to 209 for three in 20 overs.

Mohammad Wasim (0-61) and Shadab Khan (0-39) bore the brunt of their assault as Malan and Brook made the most of Pakistan’s sloppiness in the field, with Babar guilty of offering reprieves to both batters.

England continue its preparations for the World Cup with a three-match series against Australia starting next Sunday, while Pakistan faces Bangladesh and New Zealand in a tri-series from Friday. The World Cup in Australia gets underway on October 16.