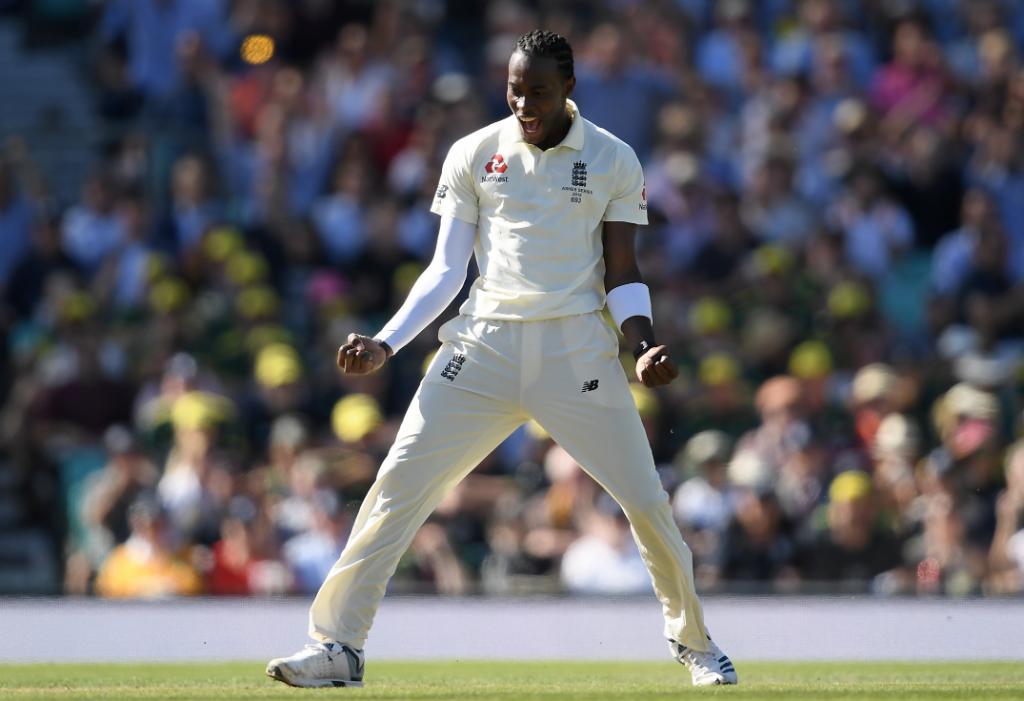 London: Jofra Archer took his second six-wicket haul of the series as Australia were bowled out for 225 despite Steve Smith”s record-breaking 80 to hand England a 78-run first innings lead at stumps on Day 2 of the fifth and final Ashes Test at The Oval on Friday.

At close of play, England were 9/0 in their second innings with Rory Burns (4 batting) surviving a knock to his helmet and a decision review to keep going. At the other end, Joe Denly (1 batting) was dropped by Marcus Harris when he was on a duck.

Archer, who returned figures of 6/45 in the Leeds Test, had a similar 6/62 to show for this time as he rattled the Australian batting order. He was ably supported by Sam Curran (3/46), whose haul included a two-wicket burst in two deliveries.

But none of them could get Smith out as he brought up his 10th consecutive Ashes fifty. Smith was dropped by England captain Joe Root at slips when he was on 66. Smith, who slammed 211 in the last Test to help Australia retain the Ashes and go 2-1 up, hit Jack Leach for a four to bring up his half-century off 91 balls, thus becoming the player with the most successive 50-plus scores against a single opponent.

Just when Smith was looking set for a hundred, Chris Woakes (1/51) came back for a second spell and trapped him in front with a straight delivery that the talismanic batsman missed. Smith faced 145 balls for his 80 and hit nine fours and a six.

Chris Woakes has dismissed Steve Smith for ‘just’ 80, his lowest score of the series!

England on course for a big first innings lead at The Oval.

Besides Smith, Marnus Labuschagne missed out on a half-century as he was dismissed for 48 just after lunch. Smith and Labuschagne shared a 69-run stand for the third wicket before Archer trapped the latter plumb in front. Labuschagne faced 84 deliveries and his innings was laced with 10 fours.

Curran, playing his first Test in the series, got rid of Time Paine (1) and Pat Cummins (0) off successive deliveries but failed to bag a hat-trick. Archer then removed the tail although Nathan Lyon fought well for his 25 to trim the deficit down to below hundred.

Earlier, David Warner failed once again, as Archer had the out of sorts southpaw caught behind by Jonny Bairstow for just five.

Harris too was dismissed for three after he edged Archer to Ben Stokes at second slip, leaving Australia reeling at 14/2.

Leach (21) was clean bowled by Marsh who finished with career best Test figures of 5/46, playing his first Test in the series.

Australia have already retained the Ashes after winning the fourth Test and now lead the five-Test series 2-1.