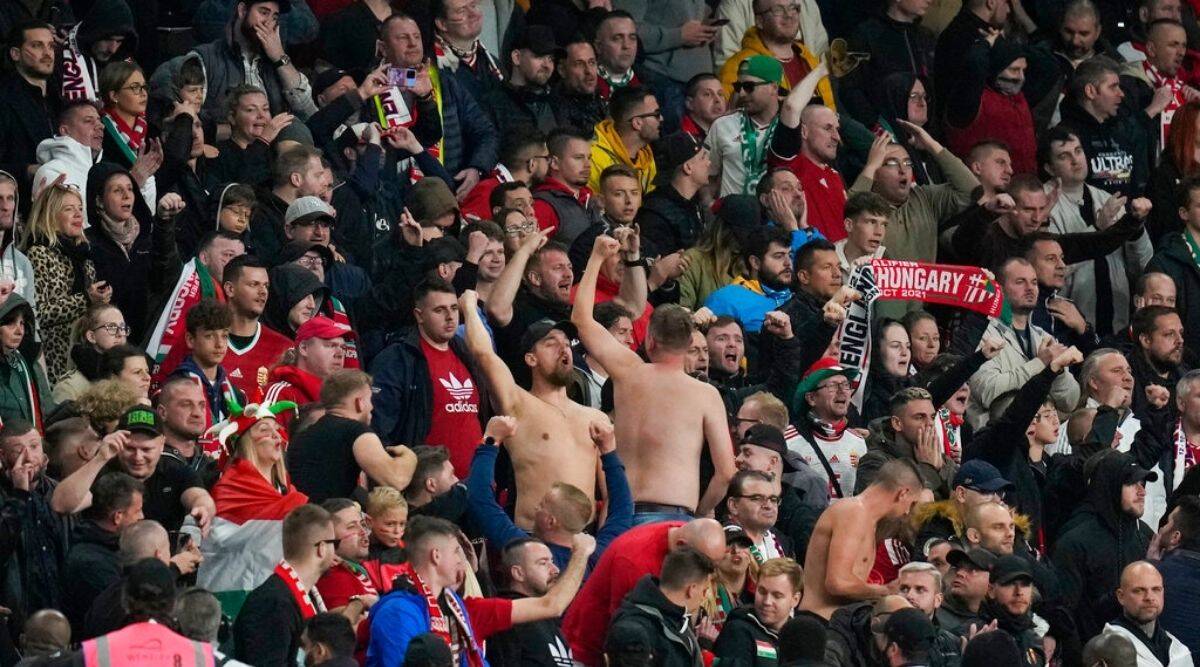 New Delhi: England took another, somewhat faltering, step towards 2022 World Cup qualification when they drew 1-1 with Hungary at Wembley on Tuesday and are now three points clear at the top of Group I with two matches remaining.

The game was marred by fighting in the stands between Hungary fans and baton-wielding police just after kickoff, with riot police entering the fray as visiting supporters forced stewards and police back down a tunnel. On the pitch, the visitors went ahead with a Roland Sallai penalty in the 24th minute after England’s Luke Shaw caught a stooping Loci Nego in the head as he attempted a clearance.

England equalised after 37 minutes when a Phil Foden free kick was flicked on by Tyrone Mings and the ball was turned in by John Stones from close range. The centre back came close to a second when he headed a corner just wide after an hour while Harry Kane miskicked when well placed in front of goal – the captain’s last contribution before being replaced by Tammy Abraham for the last 15 minutes.

That, and other changes, failed to swing the game England’s way as Gareth Southgate’s experiment of playing Foden, Jack Grealish and Mason Mount together in a miniature midfield proved something of a failure. Hungary were certainly more energetic and looked more motivated than when they were swept aside 4-0 by England in Budapest last month and Southgate was quick to praise them, while accepting his own side’s shortcomings.

“Hungary, full credit to them. I thought they caused us a tactical problem. We weren’t fluid and I didn’t think we played at the level that we need to play,” he said.”We’ll go away and think about the balance of the team a little bit but I think individually we can do better as well. We made lots of simple mistakes with the ball. Collectively we did not play at the level we need to.”I think right across the board from the start we weren’t sharp with our play, gave the ball away. It’s the first time for a long time but we have to hold our hands up to that.”The result leaves England top of the group on 20 points ahead of Poland, who beat Albania (15 points) 1-0 away in another match hit by crowd trouble.

Euro 2020 runners-up England are still strong favourites to win the group via their remaining games against Albania and San Marino next month, but have left themselves with work to do. Hungary, in fourth place on 11 points, need a miracle to have a chance of snatching second place and a playoff berth. Their entire squad and staff formed a centre circle huddle at the end of the game, then stood in front of their supporters – showing their better side after the unpleasant scenes two hours earlier – in a joint rendition of their national anthem, celebrating together as if they had won the World Cup.

England’s players and most of the near-70,000 home fans had already gone by then but though few will long remember the match, it might prove more useful in Southgate’s World Cup preparations than if it had been a routine victory.