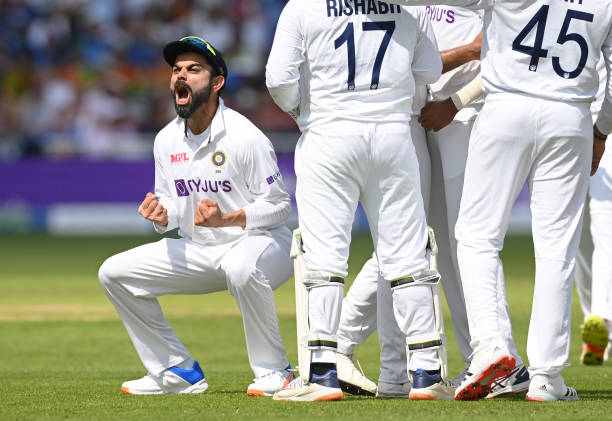 London: England and India’s players were involved in a heated confrontation in the Lord’s Long Room after the third day’s action in the second Test. As per Telegraph Sports, there were tense scenes in the Lord’s pavilion which were prompted after Jasprit Bumrah bowled a barrage of bouncers to James Anderson in a ten-ball over.

England skipper Joe Root and India skipper Virat Kohli is believed to have exchanged words on their way to the dressing rooms as things looked like it could go out of hand.

Earlier, England pacer James Anderson also opened up about what happened between him and the Indian players during the final session of the third day of the Lord’s Test. In the second innings of the Lord’s Test, Anderson was seen having an animated chat with Bumrah after the Indian pacer unleashed a barrage of bouncers at him. After that, tempers flared and both teams engaged in verbals throughout the game.

The first Test ended in a draw but India staged an incredible comeback to take the second game by 151 runs at the Lord’s Cricket Ground. Both sides will now lock horns in the third Test, beginning Wednesday at Headingley, Leeds.