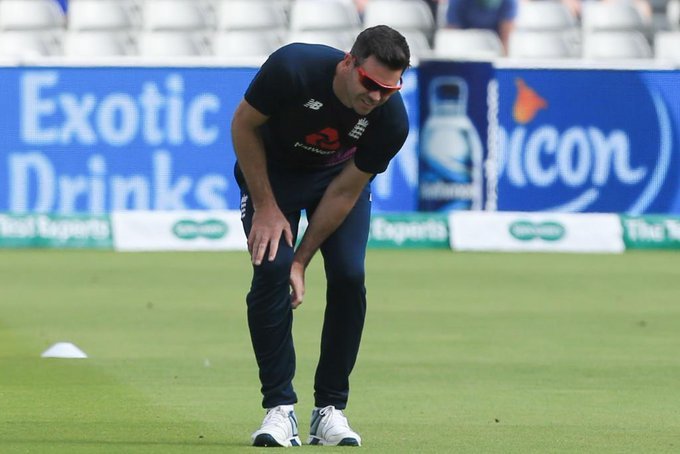 James Anderson ruled out of the Lord's Test against Australia.

New Delhi: James Anderson, the most experienced pacer in England side, has been ruled out of the second Ashes Test with a calf injury. sports news cricket news

The 37-year-old left the field having bowled just four overs in Australia’s first innings at the Edgbaston, and only returned to bat at No.11 in both innings as England faced a 251-runs defeat in first Ashes Test.

An MRI scan confirmed that Anderson has a calf injury, and he will commence a rehabilitation programme working with the England and Lancashire medical teams. sports news cricket news

An injury update on @jimmy9#Ashes

His availability after the second game of the series is unknown, and England are yet to name their squad for the Lord’s Test, which will begin on 14 August. sports news cricket news