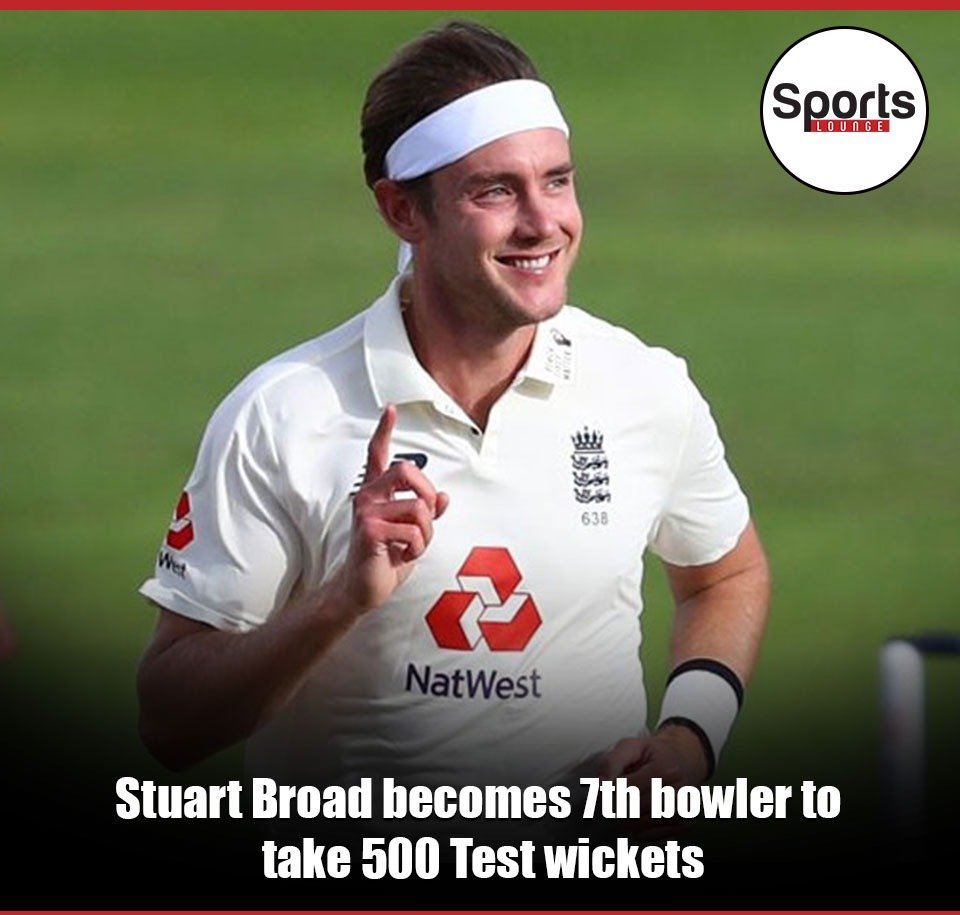 Manchester: England fast-bowler Stuart Broad added a fresh feather to his illustrious cap as he became the seventh bowler in the history of Test cricket to scalp 500 wickets. On Tuesday, Broad achieved the feat on Day 5 of the third and final Test against West Indies at the Old Trafford.

An England great 🦁
A legend of the game 👑

The 34-year-old had ended with outstanding figures of 6/31 to break the backbone of the visitors as England took a huge first innings lead. Then, in the second innings, he scalped two wickets in the last session of Day 3 to leave West Indies reeling at 10/2.

Broad, who has represented England in 140 Tests, was stuck at 499 at the end of third day and reached the 500 mark on the last day of the Test match after taking the wicket of Kraigg Brathwaite for 19. He could’ve achieved the feat on the fourth day but it was washed out due to rain.

Broad becomes the second Englishman to achieve this impressive feat after partner-in-crime James Anderson, who had also achieved the feat against West Indies in 2017 at the Lord’s. Interestingly, Brathwaite was Anderson’s 500th scalp as well.

Broad has also become only the fourth fast-bowler in the history of Test cricket to scalp 500 wickets. The top three spots in this list are held by spinners, followed by pacers.

Use technology to disallow run where non-striker backs up too far: Ashwin