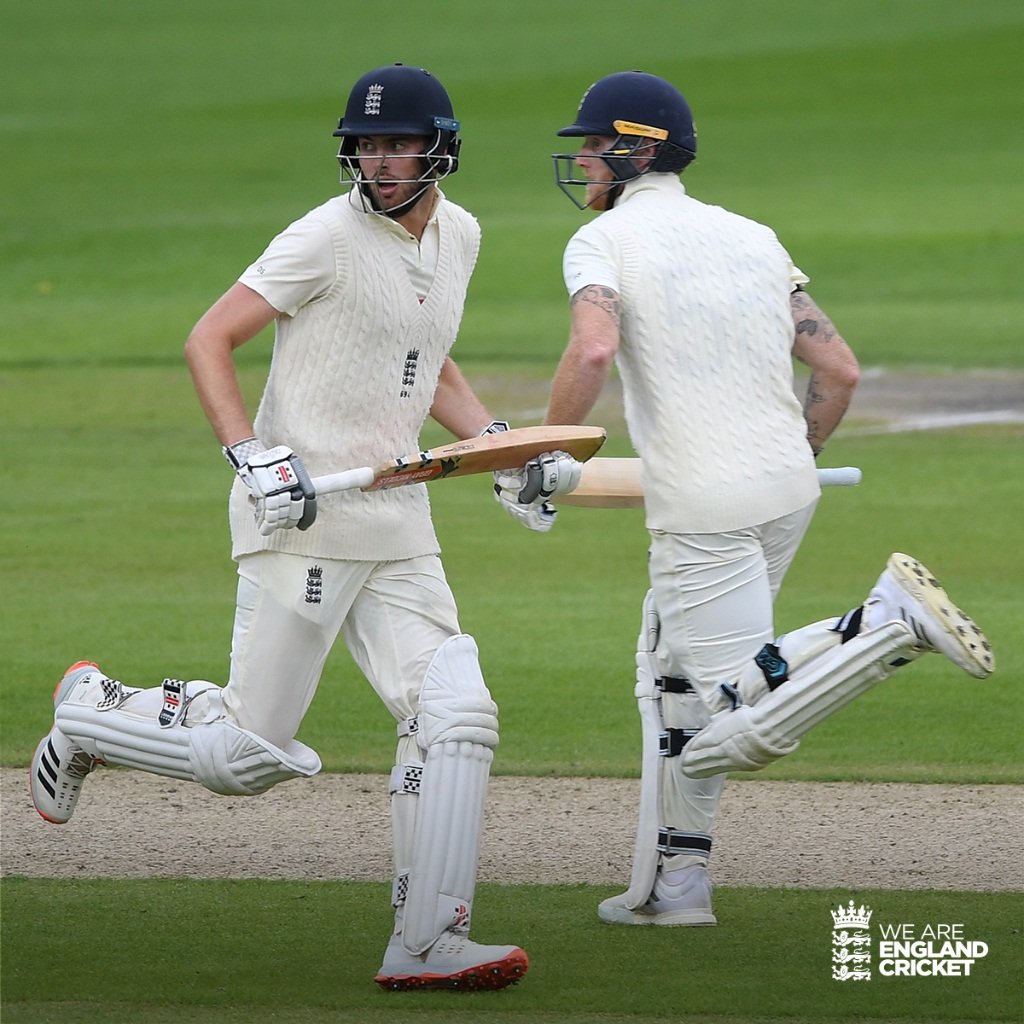 Manchester: Obstinate half-centuries from Dom Sibley and Ben Stokes were crucial for England as they fended off the West Indies bowlers after Jason Holder decided to field first in cloudy conditions.

After rain had delayed the start by an hour and a half, West Indies were hopeful of taking early wickets as they had in Southampton. Sibley and opening partner Rory Burns denied the bowlers until the verge of lunch, when Roston Chase slid one past Burns’ inside edge to trap him LBW.

Chase resumed the over after the break, and made it two in two with Zak Crawley helping the ball into the hands of leg slip. Returning captain Joe Root survived the hat-trick ball, and started the job of rebuilding with Sibley.

The pair had added 52 by the time Alzarri Joseph made the breakthrough, drawing an edge with a full, swinging delivery to Root. Joseph has now taken Root’s wicket in four of the five innings the England skipper has batted against him.

Ben Stokes joined Sibley, and the pair continued to grind for runs against an attack depleted from both their exertions in Southampton and the departure of Shannon Gabriel from the field at several points throughout the day. Sibley brought up a second fifty in as many innings, taking 164 balls to reach the landmark with just two boundaries.

Stokes batted largely without his usual flair, although there was the occasional burst of aggression, particularly against Chase who Stokes planted into the sightscreen for a maximum in the last over before tea. From the first ball of the 71st over, Stokes picked up three to register his half-century – from 119 balls – as well as bringing up the first hundred partnership of the series.

Sibley and Stokes batted through to stumps with just the occasional alarm, most notably when Sibley was dropped by Holder at slip. Windies decided against taking the second new ball, which became available two overs before stumps. England will resume tomorrow from 207/3, well-placed to post an imposing first-innings total.