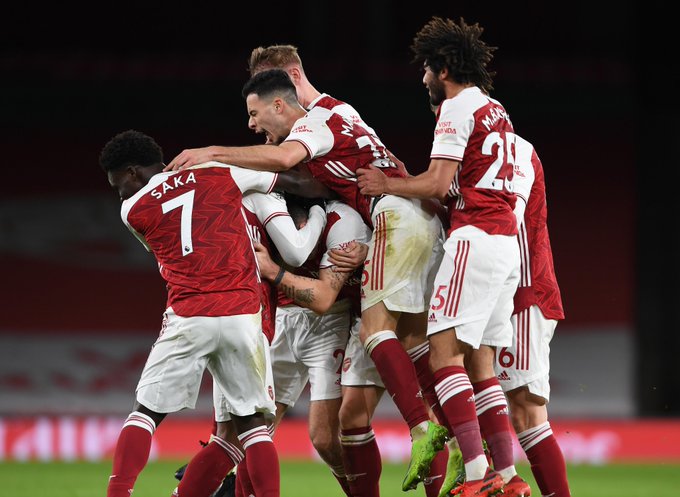 Arsenal took the lead on 34 minutes, with Alexandre Lacazette converting a penalty after Reece James had fouled Kieran Tierney.

It was 3-0 on 56 minutes as Bukayo Saka curled the ball in off the inside of the left post from a tight angle from the far-right side of the penalty area.

Arsenal move up to 14th with 17 points, while a third consecutive away defeat leaves Chelsea seventh on 25 points.

Goals by Ilkay Gundogan and Ferran Torres made it back-to-back victories for Manchester City as they beat Newcastle United 2-0 to move up to fifth place.

Gundogan put Man City in front on 14 minutes when he turned in Raheem Sterling’s cutback at the end of a slick move.

Torres fired in from close range on 55 minutes after a deflection in the Newcastle box.

Man City are up to 26 points thanks to their 12th consecutive home win over the Magpies.