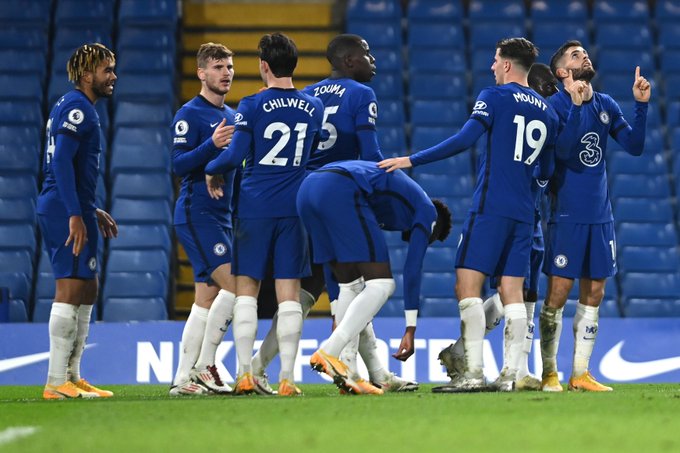 London: Goals by Olivier Giroud, Kurt Zouma and Christian Pulisic earned a 3-1 win over Leeds United and the Premier League lead to Chelsea.

They struck twice in the second half as they came from behind to beat Leeds United 3-1.

Leeds took the lead in the fourth minute when Patrick Bamford rounded Edouard Mendy to score against his former side.

Olivier Giroud made it 1-1 on 27 minutes when he slid in at the near post to convert Reece James’s cross.

Chelsea pushed for a second goal and it came on 61 minutes, Kurt Zouma rising highest to head in a Mason Mount corner.

Man Utd have now won 385 points from losing positions – more than any other side in #PL history#WHUMUN pic.twitter.com/2ZZxNuVh6z

Christian Pulisic wrapped up the win from close range in stoppage time after being played in by Werner.

Manchester United came from behind for the fifth time in a row this season to beat West Ham United 3-1.

West Ham started brightly and the pressure paid off on 38 minutes.

The half-time introduction of Bruno Fernandes turned the match, as he passed to Paul Pogba who struck a superb equaliser on 65 minutes.

Man Utd rise to fourth on 19 points, while West Ham drop to seventh on 17 points.