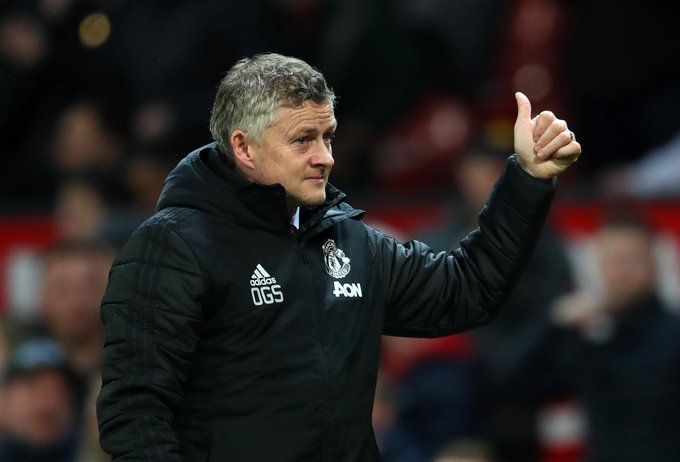 London: Manchester United were labelled an “embarrassment” as pressure mounted on Ole Gunnar Solskjaer following Burnley’s shock 2-0 victory, while Tottenham boosted their top four prospects with a 2-1 win over Norwich.

Solskjaer’s side suffered a third defeat in their last four Premier League games to put the United boss’s job security back under the microscope.

Burnley’s first top-flight win at Old Trafford since 1962, secured by Chris Wood’s 39th minute opener and a Jay Rodriguez thunderbolt after the break, exposed the flaws in a lacklustre United side who have made their worst start to a season since 1989-90.

The majority of Old Trafford was on its feet when chants of “stand up if you hate Glazers” echoed around the ground in reference to United’s owners.

Executive vice-chairman Ed Woodward was also subjected to many other abusive chants, while those few fans who remained in the stadium booed Solskjaer and his players at full-time.

Former United defender Rio Ferdinand, a Premier League and Champions League winner with the club, slammed the performance and called for the US-based Glazer family to take action to stop the rot.

“I can’t defend this,” Ferdinand told BT Sport. “These young kids now in schools around the country, they are not going to be wearing Manchester United shirts.

“Fans are walking out after 84 minutes! It’s an embarrassment. People at the top need to look and see this and make changes, put a plan in place that people can sit there and see where we are going now. I don’t see it.”

Fifth placed United are six points behind fourth placed Chelsea as they battle to qualify for next season’s Champions League via a top four finish.

Solskjaer admitted United had only themselves to blame, but he claimed the youngsters in his side deserved some patience.

“The boys have given everything they’ve got. They are experiencing this period for the first time in their lives, some of them,” he said.

“It’s very difficult for them. The expectations of this club as well are high, and some of them have played 10, 12 or 15 games and it’s not easy for them.

“We can’t do anything but hold our hands up and say ‘this isn’t good enough for this club’. Of course we’re disappointed in the points tally and performances, we’re still fifth in the table.”

Tottenham needed a late winner from Son Heung-min to snap a four-game winless streak in the league and breathe new life into their push for a top-four spot.

Dele Alli’s opener had ended a three-game run without even scoring in the league for sixth placed Spurs before Teemu Pukki’s penalty 20 minutes from time for bottom-of-the-table Norwich.

Elsewhere, Ayoze Perez scored twice as third placed Leicester ended their two-match winless league run with a 4-1 victory over West Ham that was marred by an injury to their leading scorer Jamie Vardy.

Vardy limped off just before half-time at the King Power Stadium with his side 1-0 ahead thanks to Harvey Barnes’ 24th-minute opener, with the winger then setting up Ricardo Pereira to fire home the second in added time.

Five minutes after the interval, Wilfred Ndidi was adjudged to have bundled Sebastien Haller over in the area and Mark Noble scored from the penalty spot.

However, Leicester earned a debatable penalty of their own when Kelechi Iheanacho was deemed to have been brought down by Angelo Ogbonna and Perez made no mistake from 12 yards.

The former Newcastle player then swept home his side’s fourth goal to lift them back within three points of second-placed Manchester City.

Asked about Vardy, Leicester manager Brendan Rodgers said: “Hopefully over the next couple of days it will ease off and he will be fit.”