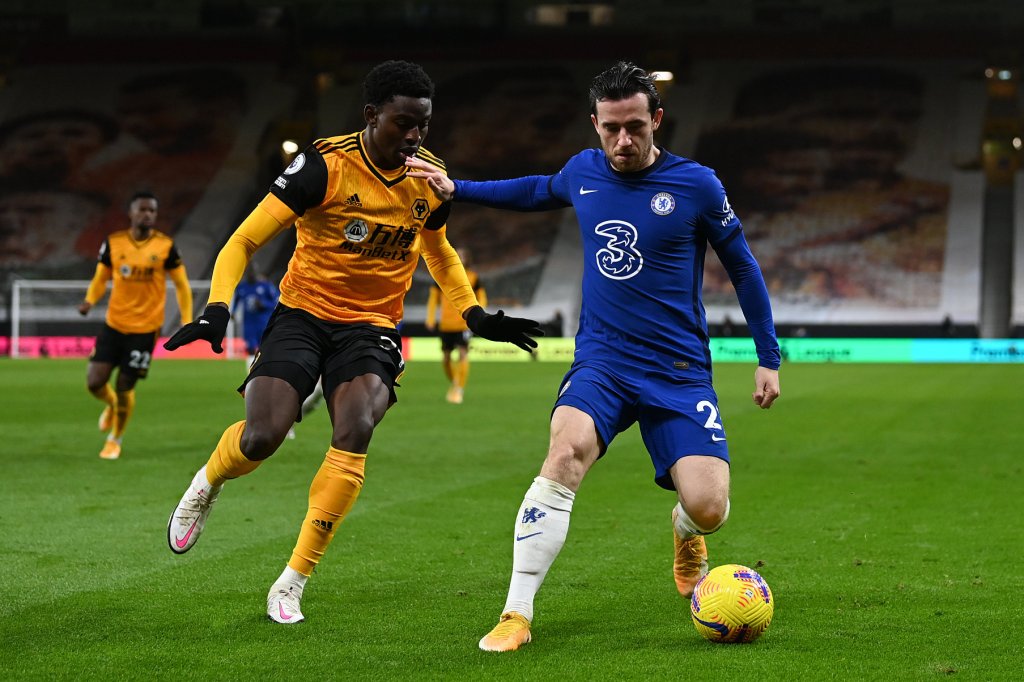 London: Pedro Neto struck a stoppage-time winner as Wolverhampton Wanderers came from behind to complete a dramatic 2-1 victory against Chelsea.

An own-goal by Ruben Dias and the heroics of goalkeeper Sam Johnstone allowed West Bromwich Albion to earn an impressive point at Manchester City.

Pep Guardiola’s side dominated possession and, on 30 minutes, took the lead when Raheem Sterling’s smart cut-back was sidefooted in by Ilkay Gundogan.

But West Brom battled back two minutes before half-time when Semi Ajayi’s shot cannoned off Dias and into the net.

Man City move up to sixth place on 20 points.

Four minutes after half-time, Chelsea’s Olivier Giroud met Ben Chilwell’s cross on the volley, and although Wolves goalkeeper Rui Patricio batted the ball away, it had already crossed the line.

Willy Boly volleyed wide but moments later Daniel Podence found a yard of space to beat Mendy with the help of a slight deflection off Reece James.

A decision to award Wolves a penalty for a challenge on Neto was overturned following a VAR check inside the final 10 minutes.

But in the fifth minute of added time, the hosts stormed forward on the break and Neto applied a fine finish.

Wolves move up to 10th place, one of five teams on 20 points, while Chelsea remain fifth on 22 points.