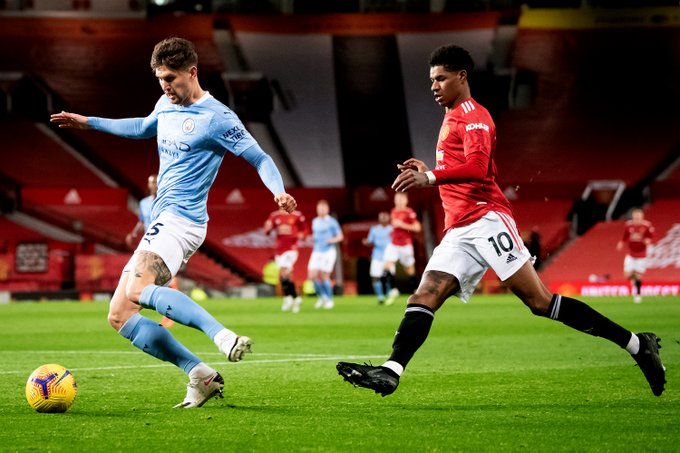 Manchester: Manchester United had a penalty award overturned as their derby with Manchester City at Old Trafford ended in a disappointing 0-0 draw in the Premier League on Saturday.

United were awarded a penalty in the 48th minute when Kyle Walked kicked Marcus Rashford’s foot in the box but the decision was over-ruled after VAR found the United striker had been in an offside position.

City had created little up to that point — a Riyad Mahrez shot was saved by David De Gea in the 35th minute with Kevin De Bruyne unable to capitalise on the loose ball.

United’s best chance came in the 54th minute when Paul Pobga put Rashford in on the left but the striker slipped as he shot harmlessly wide.

Ole Gunnar Solskjaer’s side are seventh on 20 points with eighth-placed City a point behind after 11 games.

The spoils are shared at Old Trafford in the Manchester Derby 🔴🤝🔵#MUNMCI pic.twitter.com/cccs2KZExW