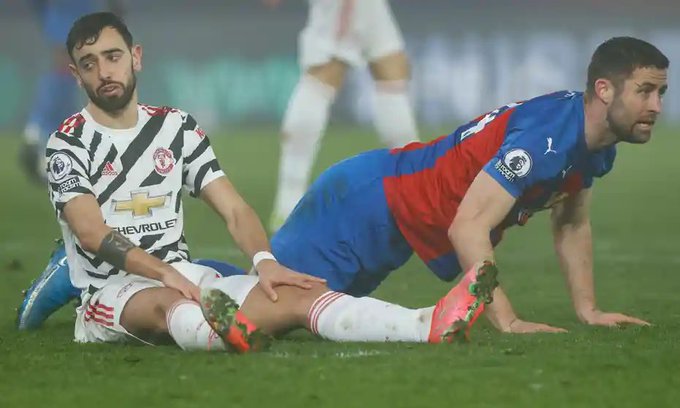 London: Manchester United were held 0-0 by a resolute Crystal Palace side on a foggy night at Selhurst Park in the Premier League.

In an end-to-end first half, the Red Devils created a number of chances, but none were decisive. During the second period, the hosts become more defensively stubborn as the match headed to a stalemate.

The scoreline means Ole Gunnar Solskjaer’s side have drawn the last three games 0-0 but at least the point keeps the Red Devils ahead of third-placed Leicester City, with that huge game to come against leaders Manchester City at the weekend.

the Reds looked eager not to let Roy Hodgson’s side settle into any sort of rhythm, pressing hard whenever out of possession.

Despite the pressure, it was the hosts who registered the first shot of the night, but Christian Benteke would have wanted a better connection from inside the area as he stuck the ball well over the bar.

Shortly after, the Eagles looked to threaten again as Jordan Ayew worked himself into a good position in a wide area. His cross was deflected behind, though, and the resulting corner was gathered comfortably by Dean Henderson in the air.

From that point, United were on top in the first half and Vicente Guaita in the Palace goal was forced to make a key save as Nemanja Matic took on our first shooting chance.

Bruno Fernandes teed up the Serbian as the Reds recycled a dangerous Mason Greenwood ball across goal and Matic’s deflected shot was looping towards the top corner until Guaita’s glove managed to tip it away for a corner.

Edinson Cavani then hooked an effort over the bar from the subsequent set play, having seen Harry Maguire’s header cleared off the line, but the threat to Palace didn’t ease for long.

Marcus Rashford was played in excellently by Luke Shaw, and his low shot appeared to have the Palace stopper beaten as it slipped the wrong side of the upright.