EPL: Vardy lifts Leicester to second with win over Tottenham 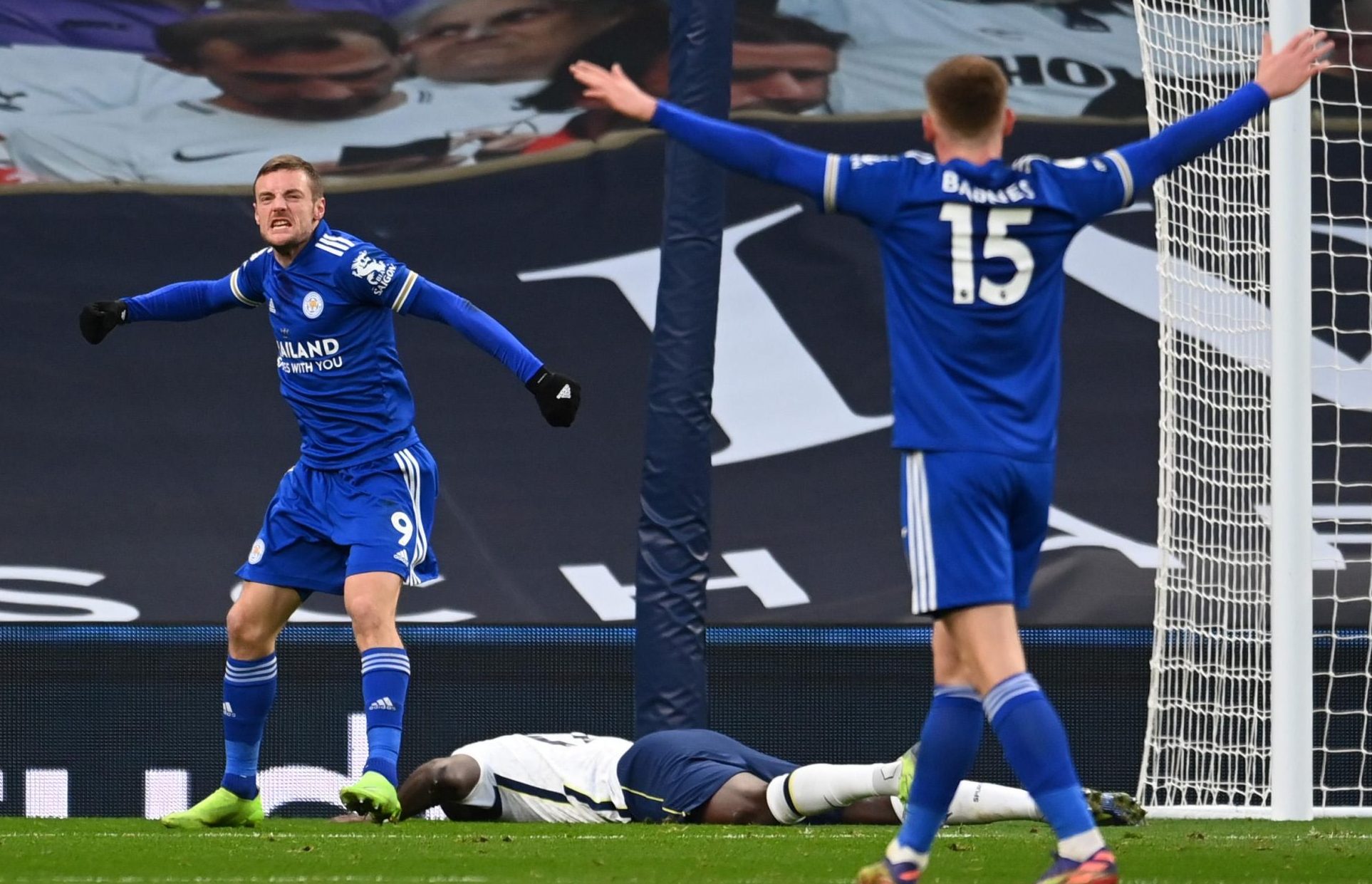 London: Jamie Vardy scored and assisted in Leicester City’s 2-0 win at Tottenham Hotspur in the Premier League on Sunday.

Vardy netted a penalty on the stroke of halftime and his 59th-minute header led to Toby Alderweireld’s own goal to lift Leicester two places up to second on 27 points from 14 games, four behind champions and leaders Liverpool.

Tottenham dropped two places down to fourth after a second successive defeat, having suffered a 2-1 loss at Liverpool on Wednesday, with its display against Leicester leaving a lot to be desired.

Leicester move up to 2nd in the table with victory over Spurs#TOTLEI pic.twitter.com/3QAFe7hUS3

The home side conceded a needless penalty, given after a VAR check, as Sergie Aurier clattered into Wesley Fofana on the edge of the area and Vardy made no mistake when he drilled the spot kick down the middle past goalkeeper Hugo Lloris.

Visiting midfielder James Maddison had a superb finish ruled out for marginal offside before Vardy got on the end of a Marc Albrighton cross and his header cannoned off Alderweireld into the back of the net.