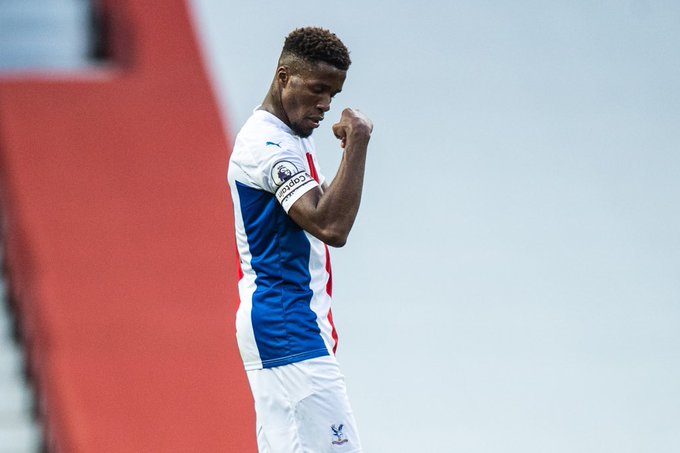 Andros Townsend’s close-range finish gave Palace the lead after seven minutes and David De Gea twice denied Jordan Ayew as the away side threatened on the counter.

A penalty for handball by Victor Lindelof, awarded after referee Martin Atkinson had reviewed the incident, was converted at the second attempt.

Ayew’s spot-kick was saved, but the VAR adjudged De Gea had come off his line too early and the retaken penalty was converted by Zaha on 74 minutes.

👻 @wilfriedzaha is the first player to score a #PL brace 🆚 Man Utd, having previously played for the Red Devils#MUNCRY pic.twitter.com/sTrbRT4u6B

But Zaha’s low finish sealed the three points with five minutes remaining to continue Palace’s winning start to the season.

West Ham levelled on the stroke of half-time after Ryan Fredericks’ low cross was tucked in by Michail Antonio.

The Hammers striker then headed against the crossbar as the dominant visitors pushed for a second goal.

But Nketiah tapped in with five minutes remaining following neat build-up play by Bukayo Saka and Dani Ceballos to secure a hard-fought win, maintaining their 100 per cent start to the campaign.

We didn’t deserve to get anything from the game: Solskjaer