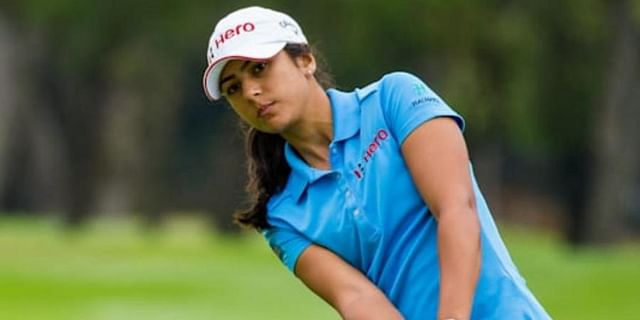 Barcelona: Tvesa Malik and Diksha Dagar made the cut at the Estrella Damm Open, while four other Indians exited early on the second day of the Ladies European Tour event here. Tvesa, who had three birdies against three bogeys, dropped a shot on par-5 which must have hurt her.

Yet at even par with rounds 72-72 she is T-22 and the top Indian in the field. Diksha Dagar, who is returning to action on the LET for the first time since the Olympic Games in August, added 74 to her first round 72 and at two-over 146 she is T-39.

For Gaurika, it was disappointing as she was T-5 after the first round but a series of errors ended her hopes on the second day. Argentine Magdalena Simmermacher added a 67 to her opening 69 for a total of eight-under-par and took a four-stroke lead into the final round.

Playing in warm and sunny conditions at Club de Golf Terramar, the 25-year-old from Buenos Aires carded three birdies and one bogey on the front nine to make the turn in 35 before adding another three birdies in a row from holes 14 to 16 to come back in 32.

Simmermacher could become the first representative from her country to win on the LET. Spain’s María Hernández (70), Finland’s Krista Bakker (70), England’s Gabriella Cowley (68) and Scotland’s Kylie Henry (69) shared the second place on four-under-par.

Slovenian Pia Babnik carded the lowest round of the tournament so far in the second round: a bogey-free 66, which was 10 shots better than her opening round.