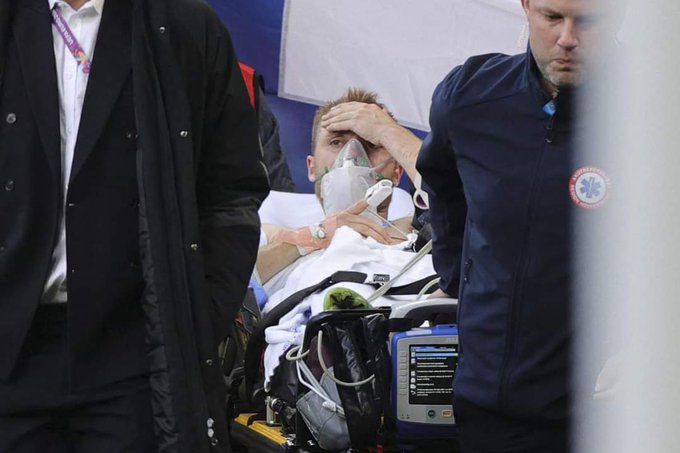 Paris: Christian Eriksen is set to be fitted with a ‘heart-starting’ device.

The Denmark midfielder collapsed during his side’s Euro 2020 group game with Finland and had to be resuscitated at the scene after suffering a cardiac arrest.

Though it is a very serious measure, it’s one the 29-year-old is understood to have accepted, given it was recommended by his Danish and international specialists alike.

“After undergoing various tests, it has been decided to fit Christian with an implantable cardioverter defibrillator (ICD),” a statement from the Danish Football Association said.

“This device is necessary after a cardiac attack due to rhythm disturbances.

“We encourage everybody to give Christian and his family peace and privacy at this time.”

Eriksen fell to the ground after going to control a ball on the left flank of a Denmark attack.

The quick response of the pitchside medical team was responsible for him being brought back to life and ultimately stabilising in hospital in Copenhagen, where he remains in recovery.

The game was initially suspended by UEFA, but it began again around two hours later.

Finland ended up winning 1-0 through a 59th-minute goal from Joel Pohjanpalo.

Denmark play their second group game against Belgium on Thursday, once again at home in Copenhagen.