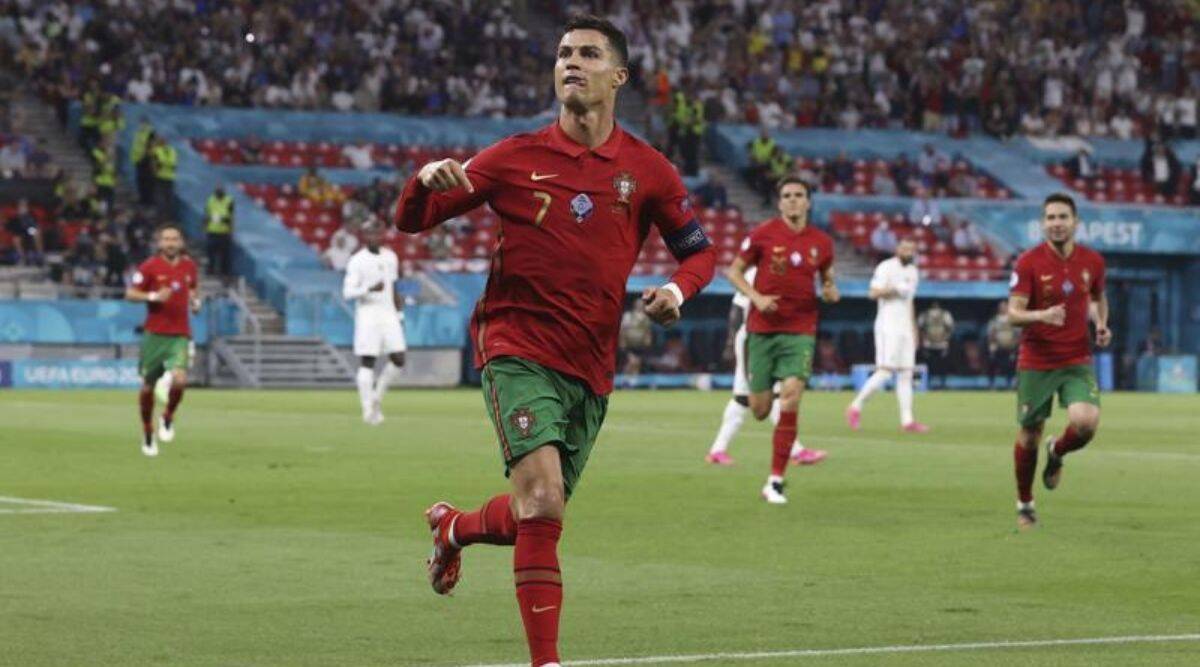 Budapest: Cristiano Ronaldo scored two penalties to tie the overall men’s scoring record with 109 goals and Portugal advanced to the round of 16 at the European Championship after a 2-2 draw with France on Wednesday.

Karim Benzema scored both of France’s goals, his first ever at the tournament after failing to find the target at Euro 2008 and 2012.

Defending champion Portugal finished in third place in the group, one spot behind Germany. France, which had already qualified, was first.

Ronaldo scored the opening goal in the 31st minute and then equalized from the spot in the 60th after Benzema put World Cup champion France ahead 2-1 shortly after halftime.

Benzema also scored a penalty in first-half injury time after Kylian Mbappe was fouled. It was Benzema’s first international goal in nearly six years after losing his place in the team following a fallout with coach Didier Deschamps.

The French will next face Switzerland in the next round while Portugal will take on Belgium.

An embarrassing own-goal by Slovakia goalkeeper Martin Dúbravka in the first half put Spain on its way to a 5-0 victory.

Dúbravka saved an early penalty from Álvaro Morata but then clumsily knocked the ball into his own net after it ricocheted high into the air off a shot by Pablo Sarabia in the 30th minute.

Aymeric Laporte added to Spain’s lead before halftime, and Sarabia, Ferran Torres and another own-goal in the second half made it five for “La Roja,” which had been facing elimination in front of its own fans.

The victory allowed Spain to advance in second place in Group E with five points. The team will next play Croatia in Copenhagen on Monday.