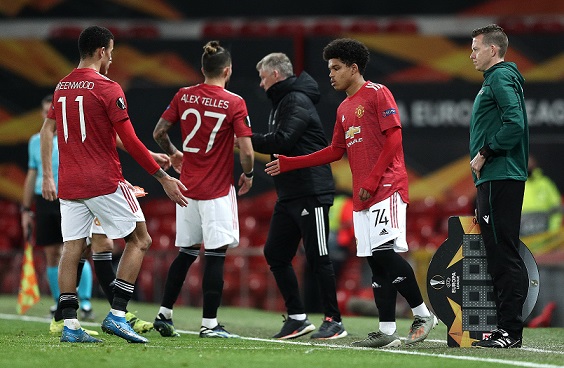 Madrid: Spain will have two teams in Friday’s draw for the Europa League last-16 after Villarreal and Granada assured their places.

Gerard Moreno scored twice as Villarreal built on their 2-0 away win last week away to Red Bull Salzburg to claim a 2-1 win on the night and a 4-1 aggregate triumph.

Mergim Berisha opened the scoring for Salzburg in the 17th minute and the tie was in the balance until Moreno netted his first of the night five minutes before halftime on Thursday.

The Spain international then assured the win from the penalty spot in the 89th minute.

Although Europa League debutants Granada lost 2-1 away to Napoli on Thursday night, they advanced with 3-2 on aggregate, thanks to a 2-0 win in their first leg.

Piotr Zielinski got Napoli back into the tie in the third minute, but Angel Montoro leveled the scores to give Granada a vital away goal in the 25th minute.

Fabian Ruiz put Granada back in front just before the hour, but Granada defended well and keeper Rui Silva made several good saves, including one deep into injury time to see his side through.

Both Hoffenheim and Bayer Leverkusen were eliminated from the UEFA Europa League in the last-32.

Even though Hoffenheim had the advantage of three away goals from the first-leg six-goal thriller, Molde started defensively minded and lurked on the fast break.

Hosts Hoffenheim took over from the start and controlled possession but they had to wait until the 14th minute when Chris Richards tested Molde goalkeeper Andreas Linde following a free-kick into the box.