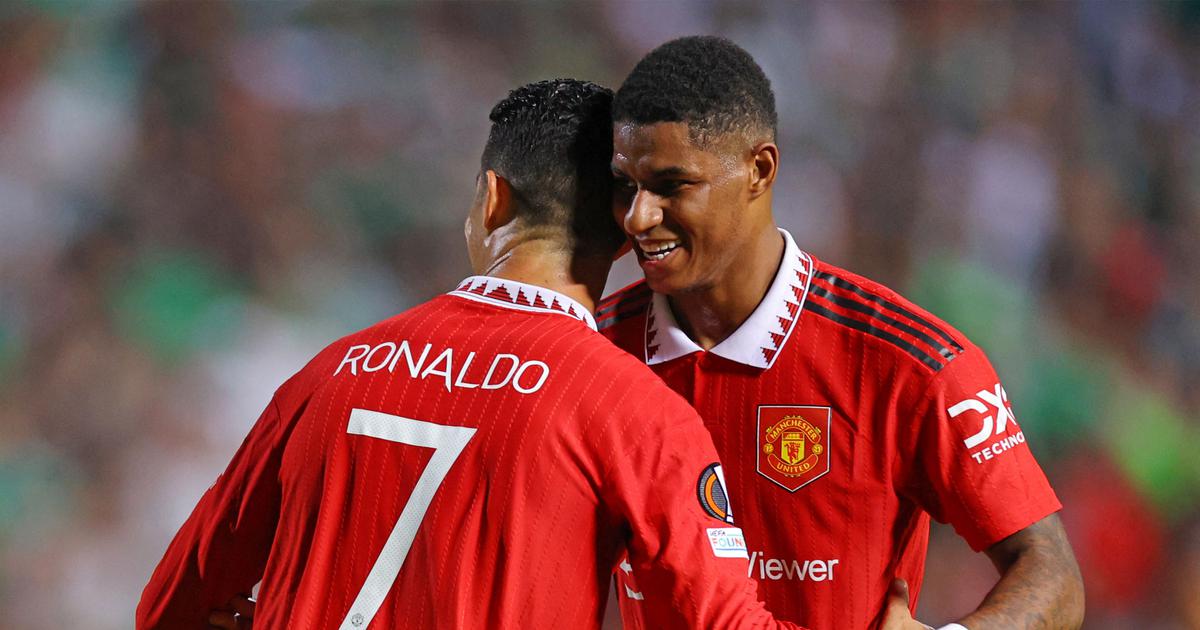 Manchester United avoided further embarrassment after their humiliating defeat to Manchester City by coming from behind to beat Cypriots Omonia Nicosia 3-2 in the Europa League on Thursday, while Premier League leaders Arsenal eased past Bodo/Glimt.

Marcus Rashford scored twice along with Anthony Martial after both came off the bench in the second half as United recovered after Iran international Karim Ansarifard gave the hosts a shock lead on 34 minutes.

Nikolas Panagiotou pulled one back for Neil Lennon’s Omonia with five minutes to play but United held on for a second win in three Group E outings.

“Job done, but we would have liked to have played better. We didn’t defend badly, but we made mistakes,” Rashford told BT Sport.

Cristiano Ronaldo, who was an unused substitute for United’s 6-3 loss at City last weekend, played the full 90 minutes as he made just his fourth start for the club this season.

Erik ten Hag’s side remain second in the group behind Real Sociedad, who made it three straight wins with a 2-0 victory against 10-man Sheriff Tiraspol in Chisinau.

The Gunners are top of Group A after back-to-back wins. Their clash with PSV Eindhoven last month was rescheduled following the death of Queen Elizabeth II.

“I’m really happy with the win, six points and a clean sheet. But we lacked connection between the players, we lacked consistency and domination through the game,” Arsenal coach Mikel Arteta told BT Sport.

“There were eight changes, you could feel that, the timing was missing.

“In the final third we looked very dangerous, the goals we scored were good goals.”

Surprise Bundesliga leaders Union Berlin won 1-0 at Malmo in a game that was interrupted because of crowd trouble in the second half.

The referee ordered players off the pitch as fans launched smoke bombs, but play eventually resumed and Sheraldo Becker delivered the winning goal.

Gustaf Nilsson was the star for Union Saint-Gilloise, netting twice as a late substitute in a 2-1 victory at Braga as the Belgians took control of Group D.

Monaco forward Wissam Ben Yedder bagged a pair of goals, the second from the penalty spot, in his side’s 3-1 home win over Trabzonspor.

The Turkish team were reduced to 10 men early on when Maxi Gomez lashed out at Mohamed Camara.

Monaco are second in Group H but level on points with leaders Ferencvaros, whose perfect start was ended emphatically as Red Star Belgrade beat the Hungarians 4-1 in Belgrade.

Guido Rodriguez and Luiz Henrique scored as Real Betis won 2-1 at Jose Mourinho’s Roma, whose side had led through Paulo Dybala’s penalty.

Italy striker Gianluca Scamacca hit a late winner for West Ham as they beat Anderlecht 1-0 in Belgium in the Europa Conference League.

David Moyes’ Hammers have a maximum nine points in Group B, where Silkeborg picked up their first with a 5-0 rout of Romanians FCSB.

On-loan Arsenal forward Nicolas Pepe got the only goal for Nice in a 1-0 victory away to Czech outfit Slovacko.

Fiorentina swept Hearts aside 3-0 in Edinburgh. Jose Luis Morales’ hat-trick capped off a 5-0 win for Villarreal over Austria Vienna.

Lionel Messi says Qatar 2022 will ‘surely’ be his last