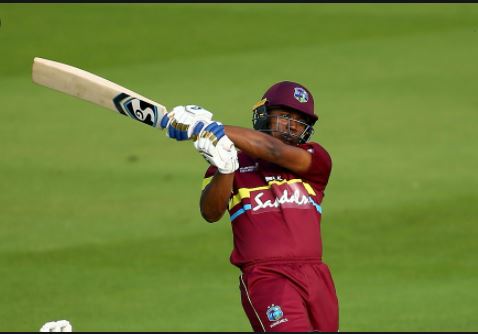 North Sound (Antigua): A record opening stand of 192 runs between Evin Lewis and Shai Hope followed by composed batting by Nicholas Pooran at the end guided West Indies to a five-wicket victory over Sri Lanka in the second ODI.

West Indies made 274-5 in 49.4 overs in reply to Sri Lanka’s 273-8 in their 50 overs at the Sir Vivian Richards Stadium on Friday. It took the home side to an unassailable 2-0 lead in the three-match series.

Left-hander Lewis made 103 and Hope 84 to provide the perfect platfom. It was Lewis’s fourth ODI century. He faced 121 balls and hit eight fours and four sixes to win man-of-the-match award. Hope continued his tremendous form with his 18th half-century in this format to follow-up his 110 in the opening match on Wednesday. He faced 108 balls and hit six boundaries.

The partnership was their second consecutive century stand for the first wicket – the highest for West Indies against Sri Lanka – surpassing the 143 they added on Wednesday. It is also the highest partnership at this venue for any wicket – beating the 175 by England’s Joe Root and Jos Buttler five years ago.

“I have been working hard and training hard to get back to this level and I feel very proud at the moment. I always try to get the team off to the best start in the power-play. I think this wicket is one of the best for batting in the Caribbean and I’m very happy to get a hundred and win the match and the series,” Lewis said.

Pooran made an unbeaten 35 from 38 balls as West Indies recorded their highest successful run chase at the venue. In the final over with nine to win, he played a cover drive off the second ball which sped to the boundary. Next ball, he hit a full toss through the point region for another boundary and then got a single off the fourth ball as West Indies earned their 30th ODI win against Sri Lanka in 62 matches.

Kohli’s string of ducks a worry for India