Execution of our bowlers was poor: MS Dhoni 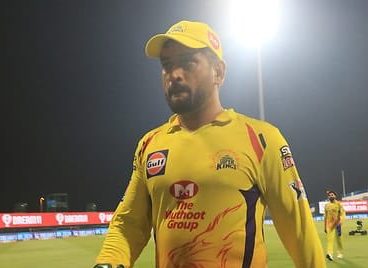 Mumbai: Chennai Super Kings captain Mahendra Singh Dhoni said his bowlers will have to pull up their socks after a “poor” outing against Delhi Capitals in their IPL opener here on Saturday.

Chasing 189 for victory, DC romped to a seven-wicket victory with eight balls to spare after Shikhar Dhawan (85) and Prithvi Shaw (72) struck blistering half-centuries.

“We could have bowled slightly better, and if batters are hitting you over the fields, that’s fair enough.

“The execution of the bowlers was poor and there were boundary balls that they bowled, but the bowlers will have learned and they will apply that in the future games,” Dhoni said at the post-match press conference.

DC’s new skipper Rishabh Pant won the toss opted to bowl in the game and Dhoni said the dew factor played in their minds.

“A lot depended on dew, and that factor played on our mind from the start and that’s why we wanted to get as many runs as possible.

The batters did a good job to reach 188, because it was tacky until dew settled in 50 minutes later. The opposition have half an hour advantage in a 7:30 start, when the pitch is really tacky and the ball stops a bit, so we need to get 15-20 runs extra to be sage.

“If we get dew consistently, then 200 will be a must on a pitch like this. The bowlers bowled a great line when it was stopping and seaming a bit, and the openers got really good balls in which they got out and that can happen in a game like this,” Dhoni said.

Earlier, Suresh Raina announced his IPL comeback with a blazing 36-ball 54 and powered his team to a solid 188 for seven.

Sam Curran smashed 34 off only 15 balls to prop up the CSK innings towards the end. Curran hit four fours and two sixes.